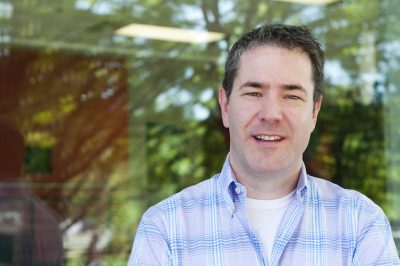 How do we understand the term ‘life,’ or ‘health’? How are these terms used socially and politically to shape public policy and human social relations? How do they inform the ways in which we understand ourselves, and our bodies? Where did these terms, languages, and rhetorics come from? Stuart Murray argues that these ethical and political questions require knowledge and exploration from the humanities and social sciences; to unpack their meaning and material implications, they require connections between multiple fields of research.

Stuart Murray is a Professor and Canada Research Chair in Rhetoric & Ethics in the Department of English Language & Literature and is cross-appointed to the Department of Health Sciences at Carleton University. Additionally, Murray is an Adjunct Professor in the School of Nursing at the University of Ottawa, a member of the Royal Society of Canada’s College of New Scholars, Scientists and Artists, and is the co-founder and editor of MediaTropes, an interdisciplinary open access scholarly journal addressing the intersections of culture and technology. Murray readily admits that he does not have advanced degrees in English literature or the ‘hard’ sciences, nor is he a nurse. He is a rhetorician engaged in ethical studies that respond to burgeoning biotechnologies, bio-political forms of governance, and neoliberalism.

Murray began his undergraduate career pursuing a double major degree in Biology and Psychology, on a fast-track for medicine. Instead, he found himself captivated by courses in Philosophy. “I was fascinated, my mind was opened. I had inspiring professors. I got side-tracked, and ended up doing graduate work in Philosophy and Rhetoric.” Now, Murray has found his way back to the field of medicine, but not as a doctor or a bench scientist. Instead, as someone on the outside looking in, he employs critical methods from the humanities and social sciences to analyze the power of the medical field over human life. For example, “A recent meta-analysis published in the BMJ demonstrated that medical error is the third leading cause of death in the U.S., but this is widely unacknowledged because there is no medical error ‘code’ on death certificates in most Western countries. Why?”

Medicine itself is “an inter-textual field,” and “takes place in and as language. Like other disciplines, it has its own jargon related to different practises, operations, procedures, medications, outcomes.” Murray explains that medicine “furnishes us with a ready-made language; with terms and ways of thinking or living. Effectively, we are furnished with a certain vocabulary in and by which we understand ourselves, our bodies, and our moral relations to others.” These terms inform human subjectivity and what it means to be human, what it means to be beings who get sick and who must die. “These social texts and practices tell us something about the body, but also about who we are and what we are meant to value. But we don’t always agree. Even biology isn’t a common ground, because our worldview shapes how we understand the biological.”

“Health Sciences is a fascinating field,” Murray explains, “because it intersects with law, corrections, public health, etc.” Better understanding the terms in and by which we understand ourselves carries important implications for public health policies and laws, like those related to sex, assisted dying, childhood vaccinations, or pregnancy termination. “When you think about it,” Murray explains, “these are all hard fights that are about our bodies and bodily rights, but they take place in language.” For instance, parents in Canada have recently been convicted under the Criminal Code for failing to provide their children with the ‘necessaries of life,’ which now include biomedicine and pharmaceutical drugs. “I’m not saying these legal judgements are wrong, but they represent an interesting collusion of medical and juridical power.” 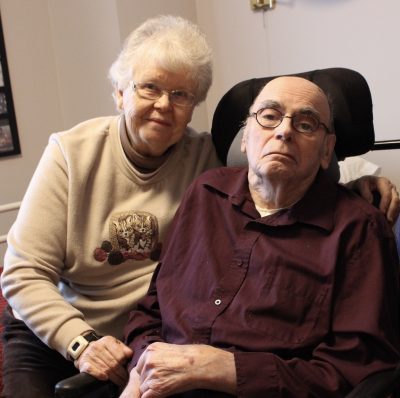 Understanding the bio-politics of life requires a better understanding of the concept of ‘life itself.’ Murray asks, “What is ‘life’? Is it molecular? Is it cellular? Is it social, historical, cultural, religious? This concept has a particular moral force in medicine, in law, in humanitarian intervention, and in policy.” These ‘vital’ dimensions are often assumed to share the same origin or foundation, which makes working across disciplines a challenge. As Murray highlights, “when I ask, what are the terms in which you understand yourself, in and by which you relate to yourself, to your body, and that make you, you?—your words may have come from […] your church, your community, medical discourse, techno-science, or a novel that you read. They are part of our living cultures that influence the ways in which we understand ourselves. Ultimately, we are all interdependent beings.” However, mainstream bioethics is typically founded on the Western philosophical principle of autonomy. But if we’re non-autonomous, and we’re interconnected with other living beings, human and nonhuman, then this influences ethical procedures, as well as the conceptualization of bioethics.

In some cases, people aren’t so keen on Murray “infringing on their discipline, or challenging their explanations,” especially during empirical work investigating medical ethics. “I’m coming from a different discipline, asking, ‘where did these terms come from and by whose authority are they deployed?’” In one investigation that took place in a prison, Murray spoke with psychiatric nurses who were expected to participate in a token-based behaviour modification program. Nurses, however, identified this type of program as destructive to their therapeutic relationship with patient-inmates; with a rewards and punishments program, inmates can become distrustful of nurses. In this case, the prison system did not truly allow for a therapeutic program. Interested in the nurses’ interpretations, Murray used investigative questions to explore the ethical considerations of this prison programming. He ultimately wanted to know the true outcome of this type of reward system. Do token-based programs indoctrinate inmates into neoliberal practices and a sort of entrepreneurialism? Do they reward competitive individualism, or will they foster interrelationality and empathy? Is mental health about care or is it about corrections and control? Are the ethics of nursing and corrections ultimately irreconcilable?

“I learned a lot about ethics from this first-hand research,” Murray acknowledges. Unfortunately, “so much of the work that we do as academics is a solitary affair. You research and write, you talk to yourself, or your dog,” he laughs, “and then you put things out to the world, and sometimes it touches people; that’s so rewarding.” In one case, that person was a doctor in El Slavador, and in another it was a nurse in the Australian outback who both wrote notes of thanks. Through newspaper op-eds, web-based media, or tweets, Murray stresses the importance of accessing different platforms to enhance readership and knowledge transfer from the academic to the broader world. “In a sense, it’s what I always do by bringing different disciplines together.” By being part of the CHAIM Centre, on advisory boards, and attending different conferences, Murray is “always looking for outreach forums to influence people to think a bit differently, or to influence public policy.”

Taking part in interdisciplinary advisory committees and research groups, Murray says, “there’s always something to research,” so he lets the moment lead him. “I’m always listening and responding to what’s happening right now,” to continue making connections across fields, by many lines of inquiry, from a place that he says is complicated and sometimes serendipitous, but is always simultaneously interesting and motivating.

To find out more about Stuart Murray, click here.