A Healthy Gut: A Promising Solution for Anxiety

It is quite likely that you know someone – a close friend, a relative, or even yourself – who suffers from anxiety. With increasing stress and demands from social media, work, and day-to-day life, the incidence of anxiety has increased, and generalized anxiety disorder can affect up to a third of individuals over their lifespan. Many individuals rely on medication which may not fully eradicate symptoms, may have negative side effects, or may not help at all. However, recent research suggests that one answer to improving anxiety management may lie in an unlikely place: maintaining a healthy balance of gut bacteria. 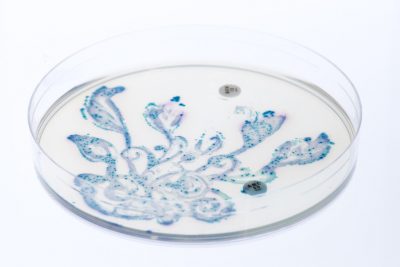 Most of us have grown up with the understanding that “germs are bad” or “bacteria make you sick”. Attitudes such as these are commonplace, and yet they may not be the most appropriate. Despite our best efforts to remain clean, bacteria are present everywhere we go – our homes, public transit, and even on every surface of our bodies. In fact, studies have demonstrated that 99% of the genes in our body actually come from various species of bacteria that reside on our skin and within our digestive tract. Even more surprising, the cells of our body are outnumbered approximately 9 to 1 by bacterial cells! Although many types of bacteria can be responsible for causing illnesses, the sheer number of bacterial cells in our bodies indicates that most bacteria are not disease-causing and some may even be beneficial to our health.

Over the last 15 years, a growing body of research has focused on the diverse ecosystem of bacteria, fungi and viruses residing in our gastrointestinal tract. All together this system is known as the microbiome, and it differs greatly from person to person. The 100 trillion microbes that populate our gut contribute to numerous functions that support our overall health including regulating immunity, absorbing nutrients, and vitamin production, as well as playing a role in our mental health. Interestingly, much like a fingerprint, every individual has their own unique gut microbiome which can be altered by a variety of factors. 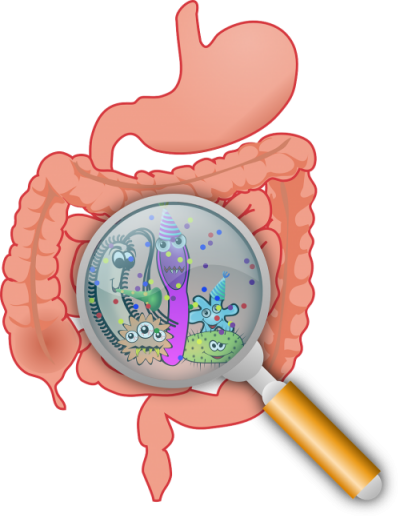 So where does this gut microbiome come from? When we are born, our gastrointestinal tract is germ-free because the womb is sterile. Our first microbes come from the birth canal during normal birth, and following this, the general environment. Nutrients in breast milk such as fatty acids and complex sugars feed the bacteria that have colonized our gastrointestinal tract. During early childhood, the food we eat, germs we catch, and activities we engage in slowly solidify the bacterial population and diversity in our gut.

Interestingly, researchers have come to understand that this bacterial population can affect our brain and contribute to anxiety. The brain and the gut communicate through something researchers call the gut-brain-axis. Neurotransmitters are chemicals within the brain that send information from one cell to the next. Many gut microbes can directly change the levels of these neurotransmitters, which might allow them to communicate with neurons. In fact, our gut microbes produce 90% of the serotonin (our feel-good neurotransmitter) in our body. Levels of this transmitter are associated with mood disorders, including anxiety. In germ-free mice with sterile intestines, there is significantly less serotonin found in the blood. This could indicate that gut bacteria signal the brain through release of neurotransmitters. Germ-free mice also have higher levels of the stress hormone corticosterone compared to the mice with a normal gut microbiota and, more importantly, when these germ-free mice were given a single bacterium, their dysfunctional stress response returned to normal. To further strengthen this idea, even short disruption of the balance of the gut, known as dysbiosis, has been linked to lower serotonin levels and anxiety like-symptoms in mice.

Other mouse studies show how the gut microbiota may influence our brain to produce anxious personality types. When germ-free animals were given bacteria from either normal or anxious mice, they took on behaviours from the donor mice, becoming either timid and fearful (markers of anxiety) or more exploratory. Looking to the human condition, we see that anxiety is a common symptom of individuals with irritable bowel syndrome (IBS). When gut bacteria from IBS or anxiety patients were given to mice, these animals became more anxious compared to animals who received the bacteria of healthy patients. While the majority of research is quick to link exercise to better physical and mental health, it turns out exercise may also increase the diversity of the gut microbiota and alter the levels of some bacteria which have been linked to anxiety. 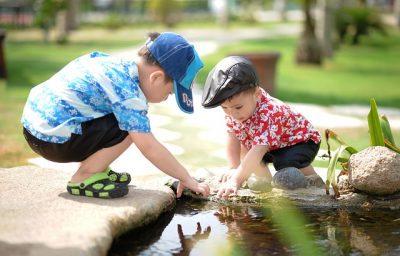 Although most of these studies have been performed in mice, there is evidence from a growing number of human studies as well.  One particularly interesting study found that toddlers who have a diverse gut microbiota are more sociable and curious than those with fewer bacteria. As sociability is normally associated with lower rates of anxiety and depression, the diversity of gut microbes may help predict whether these toddlers will develop anxiety disorders later in life and may in the future be an avenue that could be targeted for treatment.

One cautionary note remains to be discussed: the overuse of antibiotics, consumption of unhealthy foods, lack of sleep, and poor exercise habits can all play a role in reducing the health of our gut. It is possible, although still unknown, that the shift in our lifestyles from manual labour and home-cooked food to relatively static lives and fast food may be playing a role in the increased anxiety we currently face. Thus, simple lifestyle changes and healthy food choices (such as eating fruits, vegetables and fermented foods) to take care of our gut bacteria might be one route to happiness and good mental health.