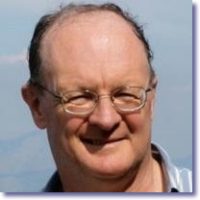 Waller R. Newell is Professor of Political Science and Philosophy and co-director of the Centre for Liberal Education and Public Affairs at Carleton University in Ottawa, Canada.

He was educated at the University of Toronto, where he received a B.A. in Arts and Sciences and an M.A. in Political Economy, and at Yale University, where he received a Ph.D. in Political Science. He has been a John Adams Fellow at the University of London (1997), a Fellow of the Eccles Centre at the British Library (1997), a Fellow of the Woodrow Wilson International Center for Scholars in Washington, D.C. (1990-91), the National Humanities Center in Research Triangle Park, North Carolina (1985-86), and a Junior Fellow of Massey College, the University of Toronto (1974-75). He has also held a National Endowment for the Humanities Fellowship for University Teachers and a Social Sciences and Humanities Research Council of Canada Postdoctoral Fellowship.

His books include The Soul of a Leader: Character, Conviction and Ten Lessons in Political Greatness (Harper Collins, forthcoming in 2008), Return to the Year One: The War Against Modernity from Robespierre to al Qaeda (Rowman and Littlefield, forthcoming in 2008), The Code of Man: Love, Courage, Pride, Family, Country (Harper Collins, 2003), What Is A Man? 3000 Years of Wisdom on the Art of Manly Virtue (Harper Collins 2000), Ruling Passion: The Erotics of Statecraft in Platonic Political Philosophy (Rowman and Littlefield 2000) andBankrupt Education: The Decline of Liberal Education in Canada (University of Toronto Press 1994, with Peter C. Emberley). He is the author of numerous articles on classical, Renaissance and modern European political philosophy and literature in journals includingThe American Political Science Review , Political Theory and  History of European Ideas . His topical journalism and cultural commentary have appeared in The Weekly Standard ,The Idler , Books in Canada , The Literary Review of Canada , The National Post , The New York Daily News , The World and I , Kritika & Kontext , American Educator, The New Federation and The Ottawa Citizen. He has been a contributing Editor to Books in Canadaand an editorial board member for The Literary Review of Canada and Kritika & Kontext .

HUMS 4000A Politics, Modernity and the Common Good (Fall term)

“Is There An Ontology Of Tyranny?” In Toivo Koivukoski and David Tabachnick, eds. Confronting Tyranny: Ancient Lessons for Global Politics. Lanham, MD: Rowman and Littlefield, 2006.