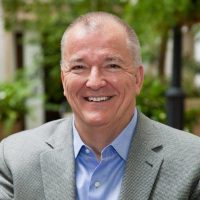 Dr. Walter Schindler is an investor, strategist and lawyer who is internationally recognized as the Founder and Managing Partner of SAIL Capital Partners LLC. Walter is currently advising new clients on sustainable energy and water and other sustainable investment projects throughout the world, after 15 years as a venture capital investor in energy and water companies. Walter is the Chairman and CEO of SAIL’s new strategic investment and legal advisory business SAIL Global Advisors LLC.

Walter served as a partner of the international law firm of Gibson Dunn & Crutcher. His 19-year career included advising clients on some of the most successful IPO’s and mergers in the US during that time, including Allergan, Callaway Golf, Fluor, Pacific Mutual Life Insurance Company (regarding the spinoff of PIMCO), PacifiCare (regarding its merger with FHP), SafeGuard Health, and Ultrasystems. He was the lead strategic advisor in over 60 successful mergers, acquisitions, and IPO’s as well as over 25 renewable power projects. He was one of the Partners active in the firm’s global expansion into Europe, the Middle East and Asia.

SAIL Capital Partners LLC was an early pioneer and thought leader in sustainable investment in the United States. Under his leadership SAIL Capital was selected by the World Economic Forum as a member of its Community of Global Growth Companies and was nominated for Private Equity Manager of the Year by Foundation & Endowment Money Management. In addition, SAIL Capital was chosen by the U.S. Department of Commerce to co-lead with Deutsche Bank the first U.S. Trade Mission on Clean Energy to Germany in Munich and to participate in the first Impact & Sustainable Investment Trade Missions to Europe, meeting with investors in Zurich, Amsterdam, and London. He has also been a guest participant in the Australian American Leadership Dialogue, a private group of government and industry leaders from both countries.

In 2014 Walter was elected to the Board of Directors of Fulbright Canada, the Foundation for Educational Exchange between Canada and the United States of America (www.fulbright.ca ). He has also served as a member of the North American Advisory Board of The Cleantech Group and the Advisory Board of US Bank, and was for two decades a member of the Chief Executive Roundtable of the University of California at Irvine. In 2016, Walter was appointed to be on the Advisory Board of the Global Water Institute by the President of Carleton University in Canada. In addition, in 2016-2017, Walter and SAIL have received over 10 international awards, including Game Changer of the Year, Most Innovative Venture Capitalist, and Best Sustainable Investment Firm CEO.

Water is based in Arlington, United States.

This professional summary was obtained directly from the SAIL Capital website. Click here to find out more about SAIL.