Adjunct Professor, Senior Scientist and Proprietor of Pierre Mineau Consulting. Assessing the environmental risks of pesticides and other contaminants. Most recently, neonicotinoid insecticides (blamed for loss of pollinators and widespread contamination of aquatic systems.) 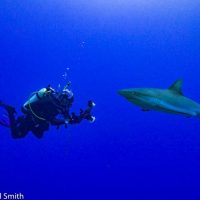 Adjunct Professor, Senior Scientist and Proprietor of Pierre Mineau Consulting. Assessing the environmental risks of pesticides and other contaminants. Most recently, neonicotinoid insecticides (blamed for loss of pollinators and widespread contamination of aquatic systems.)

Dr. Pierre Mineau is Senior Scientist and founder of Pierre Mineau Consulting, with near 40 years of experience in assessing the environmental risk of pesticides and other contaminants. Most of his working career was with the Canadian Government, culminating as Senior Research Scientist in Environmental Toxicology within the Science and Technology Branch of Environment Canada (and before that, the Canadian Wildlife Service).  For part of that time, he was intimately involved in the pesticide regulatory process in Canada as an advisor to the federal department of agriculture. His research encompasses pesticide toxicology, wildlife conservation in agro-ecosystems, biomarker development, risk assessment, sustainable agriculture and anthropogenic sources of avian mortality. He has been an advisor on pesticide issues and participated in regulatory and legal proceedings in Canada, the U.S., the European Union and other countries. Pierre has authored or co-authored over 200 technical papers, book chapters and reports, including many seminal analyses of modern pesticide risk assessment, most of them in the peer-reviewed literature. He has given a large number of presentations at scientific meetings or to governments, academic institutions or NGOs. He has had his work featured in several magazines, newspapers and lay publications (e.g. Wired, The Ecologist, Audubon, Mother Jones, The Globe and Mail, Cottage Life), and been interviewed on radio or television in Canada, the U.S. and Argentina.  Recently, Pierre has been active in the assessment of neonicotinoid insecticides, a relatively new class of compounds currently being blamed for losses of honeybees and other pollinators as well as widespread contamination of aquatic systems. He was part of an IUCN-sponsored task force of international scientists involved in the review of systemic insecticides and the consequences for agriculture and the environment. With NGOs and commercial partners, he is also currently working on pesticide risk indicator development for certification, research and regulatory purposes.

Click here for Pierre’s faculty profile, and here for his ResearchGate profile.