Radoslava Stefanova has been the Section Head for the Russia and Ukraine Relations Section at NATO’s Political Affairs and Security Policy Division since September 2010.  Prior to that, she was the Deputy Section Head of that same section, where she has worked since January 2004.  Before she joined NATO, she taught international and Transatlantic relations at the American University of Rome, which she joined after 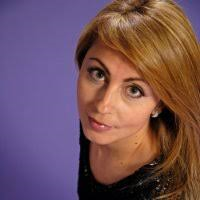 8 months of field experience in Kosovo.  In the preceding five years she was a research fellow at a Rome-based think tank of international affairs, Istituto Affari Internazionali (IAI), where she worked on Transatlantic relations, Eastern Europe, the Balkans, nuclear non-proliferation and conflict management.  She has publis

hed articles and book chapters on these topics, and co-edited two books.  She holds graduate degrees in international affairs/strategic studies from the Johns Hopkins Paul H. Nitze School of Advanced International Studies and in conflict analysis from the Norman Paterson School of International Affairs of Carleton University, Canada. Her undergraduate degree in international affairs was granted by the American University of Paris, summa cum laude. Radoslava is also working to complete a Ph.D. in Social and Political Sciences, at the European University Institute, Florence, Italy.  Radoslava is a dual Bulgarian and Italian national.  In December 2007 she was granted the title of Cavaliere dell’Ordine della Solidarieta’ Italiana by the President of Italy.

Brigadier-General Lise Bourgon joined the military in 1987 under the ROTP training plan and was selected to attend Le College Militaire Royal de St-Jean where she graduated in 1992 with a Bachelor Degree in Business Administration. 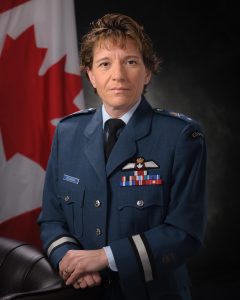 wings training in Moose Jaw, Saskatchewan in 1994, she was posted to 423 Maritime Helicopter Squadron in Shearwater where she served on HMCS Preserver, NCSM Ville De Quebec and HMCS Toronto. In 1998, she was transferred to 406 Maritime Operational Training Squadron, where she served as a pilot instructor.

Following her promotion to Major in 2001, she was posted to Ottawa in the Directorate of Air Requirements – Maritime as a Project Director working on projects such as the Maritime Helicopter Program and the Self-Defence Program.

She was posted back to 423 Maritime Helicopter Squadron in 2004 to serve as the Detachment Commander on HMCS Montreal.  Following her tour at sea, she was appointed as the Wing Plans and Tasks Officer in 2005.  She graduated from the Joint Command and Staff Program at the Canadian Force College in Toronto in 2007.

Following her promotion to Lieutenant-Colonel, she was appointed the Commanding Officer of 406 Maritime Operational Training Squadron in 2007 and served in Shearwater, NS until July 2009 when she was chosen to be the Executive Assistant to the Chief of the Air Staff in Ottawa.

In June 2011, she was promoted to Colonel and posted as the NATO Liaison Officer at the NATO Air Headquarters in Ramstein, Germany.  After only two years in Germany, she was appointed as the new 12 Wing Commander in Shearwater, Nova Scotia. Following her tour as Wing Commander, she was promoted to the rank of Brigadier-general and deployed as the Joint Task Force Commander for OP IMPACT. Upon her return from deployment, she was assigned to Canada Joint Operational Command as the Chief of Operations. In August 2016, she was transferred to the Strategic Joint Staff as Director General Operations.

BGen Bourgon is a graduate of Air Warfare College, holds a Master Certificate in Project Management from George Washington University and a Master in Public Administration from the Royal Military College of Canada. She is married to Martin Roy, and they have two lovely children.