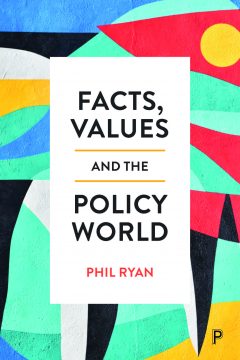 “Many policy analysts – and citizens interested in public issues – believe that rigorous thought should be uncontaminated by values, which are merely subjective. Policy analysis, however, is about what is worth doing and therefore inherently values based.

This accessible book reveals the damage that this contradiction inflicts on policy analysis and society. It also demonstrates the real-world failings of various influential alternatives to the ‘value-free’ ideal. By showing that values are amenable to critical analysis, this book provides a solid foundation for a comprehensive approach that reimagines the scope and role of policy analysis in contemporary society.”

“Phil Ryan makes a strong case for rejecting the common view that values are beyond reason and that policy analysts should abstain from making judgements of value in their work.” Andrew Sayer, Lancaster University

“An important, persuasive and much needed challenge to a long-standing and deeply entrenched orthodoxy in policy analysis. I enthusiastically recommend it to all who teach in this field.” Maurice L. Wade, Trinity College

“This riveting read offers a ‘dialogical way’ through the tangles of the fact/value dichotomy that often leaves policy makers and analysts powerless in the face of disagreement.” Susan T. Gardner, Capilano University

The annotated contents for Facts, values, and the policy world can be viewed here. The hard copy and ebook versions can be ordered here. (The paperback version will be issued a bit later.)

In recent years, my writing and research have been focussed on three broad themes: multiculturalism, debates concerning religion and democracy, and the problem of facts and values in the social sciences and the policy world. 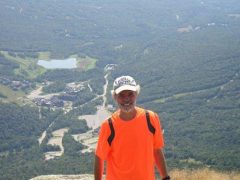 The thread that unites these themes is an effort to reaffirm the value of respectful dialogue in a climate of polarization, and to challenge the latter’s intellectual underpinnings.

Multicultiphobia (2010) seeks to refocus and reinvigorate debate, not just on multiculturalism, but on the core norms of Canadian society.

After the ‘New Atheist’ debate (University of Toronto Press, 2014) attempts something analogous, in relation to a phenomenon that has garnered significant media attention in the past decade: the rise of the so-called “New Atheists” and the widespread backlash against them. By de-constructing this heated debate, this work seeks to help restore a space of social dialogue. An important section of the book seeks to demonstrate the pluralistic and dialogic basis of social norms, thus seeking to counter both the New Atheist claim that “science” alone can be the basis of ethics, and the firm conviction among opponents of the New Atheists that all sound morality must be theistic.

The work on facts and values, for its part, addresses the “non-cognitivist” view of norms as mere preferences that are beyond rational analysis. The ongoing project has a double target: the fact-value dichotomy often associated with “traditional” social science, and influential alternatives to that dichotomy that appear more progressive, yet have unfortunate alignments with the current miasma of “post-truth politics” and “alternative facts.” It thus takes aim at some of the intellectual foundations of our current political crises.

“Could you really persuade, if we don’t listen?”, a November 2013 talk I gave at Simon Fraser University, presents the links between these research themes in greater detail.