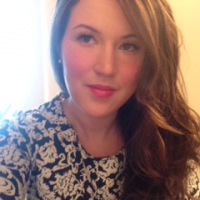 Numerous high-profile events have contributed to an increase in public scrutiny of police performance; this has resulted in many agencies considering the use of body worn cameras (BWCs). However, some research suggests that having access to saved information can have a negative effect on memory, particularly when an individual experiences stress during the recorded event. Therefore, the aim of the current research was to: (1) examine how BWCs impact the quality of an officer’s encoding and retrieval of event details, (2) determine the benefits and challenges associated with officers viewing BWC footage when writing their reports, and (3) attain a better understanding of the efficacy of cognitive interviewing (CI) as a means to enhance memory retrieval of use-of-force events.

More specifically, Study 1 examined the recall of officers who were aware that they could “offload” memory encoding tasks to their BWC. Interestingly, regardless of whether officers believed they could rely on a camera, or not, a similar amount of information was recalled. In Study 2, differences between officers who provided a statement before watching their BWC footage were compared to officers shown their footage first. The findings indicated that officers allowed to preview their footage before reporting included more details about the subject in their statement. Moreover, higher levels of stress were associated with an increase in the amount of moderate and major errors made by officers who were barred from seeing their footage. Lastly, the goal of Study 3 was to investigate the efficacy of the CI as a means to improve recall. The comparison found that officers recalled more information and confabulated less information if they completed a CI.

Broadly speaking, the current research answers important questions about the impact of BWCs on officer’s ability to recall use-of-force events; thereby adding to the cognitive psychological literature, as well as the legal field. The research may also have an applied impact namely by: (1) assisting police agencies in developing more informed policies around BWCs, and (2) by educating police officers and juries about the impact of BWCs on memory to ensure the critical appraisal of this controversial technology.