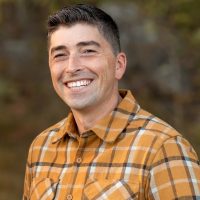 Ph.D. Research: A Reasonable Officer: Examining the Relationship between Stress, Training, and Performance in Use of Force Encounters

High-stress police encounters can evoke psychological and physiological stress reactions in officers, which can result in cognitive and perceptual deficits, as well as inferior performance. These effects can be particularly detrimental during a critical incident, when officers are expected to demonstrate sound judgement and proficient performance. However, limited research exists that objectively measures stress reactivity experienced by police officers during active-duty or the degree of police performance that can reasonably be expected under the levels of stress observed in naturalistic use of force (UoF) encounters, based on the level of experience and training officers have received. This dissertation reports on two studies, one drawing on data from officers during active-duty and the other using an experimental scenario, to examine the relationship between stress, training, and performance in UoF encounters.

Study 1 examined autonomic stress responses experienced by 64 police officers, during general duty calls for service and interactions with the public. Officer characteristics, including years of service and training profiles, were also examined to explore whether experience and training impacted cardiovascular reactivity. Study results highlight the sorts of risks that officers are routinely exposed to in the course of their duties, as well as the nature and frequency of the stress reactions experienced by officers. Results also showed that the phase of the call (e.g., encountering a subject) and incident factors (e.g., UoF) significantly increased stress reactivity. Study 2 assessed the performance of 122 officers during a realistic lethal force scenario to examine whether performance was affected by the officer’s level of training, years of service, and stress reactivity. Results demonstrated that the scenario produced elevated heart rates, as well as perceptual and cognitive distortions, commensurate with those observed in naturalistic settings. The average performance rating from the scenario was 59%, with 27% of participants making at least one lethal force error. Elevated stress was a predictor of poorer performance and increased lethal force errors. Training and years of service had complex effects on both performance and lethal force errors.

The results from these two studies provide important insights into the general relationship between stress, training, and performance in UoF encounters. The findings provide LEAs with an opportunity to critically reflect on current training practices and offer a roadmap for making evidence-based improvements to training. They also provide important evidence that may inform the reasonableness standard used in courts of law by painting a realistic picture of police performance under stress given the current training available to officers. Perhaps most importantly, the research identifies a need for a concerted effort to increase police training standards and ensure the necessary infrastructure is in place to achieve them.