Please meet the inaugural recipients of the RIFA Research Grant.

The grant helps to fulfill one of our core mandates: to promote the professional development of our junior colleagues through mentorship and constructive feedback on their research during the adjudication process. 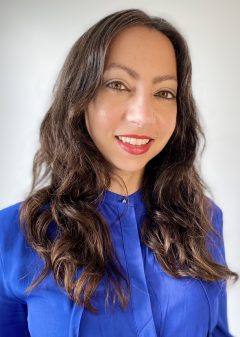 Dr. Leila Angod (she/her) is Assistant Professor at the Institute of Interdisciplinary Studies at Carleton University. Her research examines how schools invite young people to enact racial and colonial orders, and how youth engage, resist, and refuse these invitations. Her youth-centred and community-engaged projects include co-founding in:cite youth research journal. She has held postdoctoral fellowships at University of Toronto’s Centre for Urban Schooling and at Bielefeld University in Germany.

Nana aba Duncan is an associate professor and the inaugural Carty Chair in Journalism, Diversity and Inclusion Studies at Carleton University. Her research 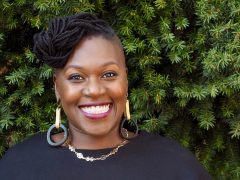 interests lie at the intersection of race, journalism and leadership, which began when she was a William Southam Journalism Fellow at University of Toronto’s Massey College. Previously, Nana aba was a host and producer at CBC Radio for 15 years, most recently on Fresh Air, a weekend morning show. Nana aba is the founder of Media Girlfriends, a podcast production company which produced Strong and Free/Fort et Libre, a Black history series. Media Girlfriends is also a peer support network and annual scholarship for women and gender diverse students.

Nana aba goes by she/her and is @nanaaba on Twitter and @nanaabaduncan on IG. 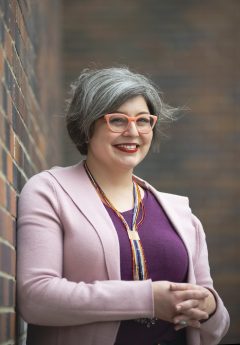 Omeasoo Wahpasiw  (mostly she/her) is a nehiyaw person from Treaty 6 territory gratefully and happily living on Algonquin territory. Prior to her position with the School of Indigenous and Canadian Studies and the Azrieli School of Architecture and Urbanism, she worked on Mi’kma’ki at the University of Prince Edward Island in Arts and Education. These positions indicate Omeasoo’s diverse and transdisciplinary research and teaching interests, including following up with knowledge translation and mobilization based upon her work with the Tla’amin Nation on the west coast of Turtle Island.  The Tla’amin people were kind enough to share their experiences and stories regarding a transitional moment in Indigenous architecture from about 1890-1970, and describe how Indigenous knowledge continued to be shared and disseminated within remaining environments. Omeasoo is committed to the stories of Elders who have built and shaped the intellectual, philosophical, physical, and spiritual worldviews that help define Indigenous trajectories in the current colonial context.

Omeasoo’s RIFA funded project entitled, “Tla’amin Architecture in Language and Education: Preparing a SSHRC Connection Grant,”  is the first step toward the co-operative planning and development of an animated film incorporating Tla’amin teachings, values, and life lessons, with Tla’amin language and visual cues.  This project is meant to support the continued evolution and retention of key aspects of Tla’amin life and worldview. 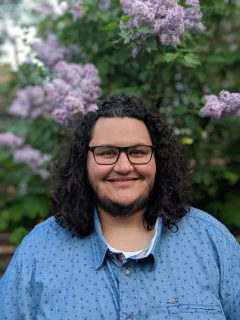 His scholarly contributions lie at the theoretical and pedagogical intersections of Disability, Mad, and Fat Studies and include socio-historical examinations that surface the interconnections of colonialism, racism, ableism/sanism and fatphobia. He has published scholarly articles in disability/mad-related issues in higher education, Canadian disability history, the anti-fat bias in medicine, and community-based learning. Fady is committed to research that simultaneously impacts academic thought and individuals in the community and thus created and hosts the podcast Disability Saves the World which invites activists, scholars, and artists to speak about how they envision crip/mad/fat thought, activism, and art can save the world.

Student suicides are an understudied phenomenon in Canada. Unlike other global north countries, Canada does not record or track the number of student suicides. This data gap is in stark contrast to the growing attention to student mental health on university campuses across the country. This project will research and collate the existing data about student suicides on Canadian campuses.While there have been significant innovations in the mental health arena, including the use of machine learning and artificial intelligence, these may obscure the scope of the problem. In many ways, we are designing and delivering solutions to a problem that is not clearly defined. With the issue of student suicides so unclear, universities’ planned roles in students’ mental health may be misguided. “Prevention-as-intervention” may not be the best approach. With more comprehensive data on suicide students, we can build campus programming that takes a holistic approach to suicide, not solely focused on prevention.