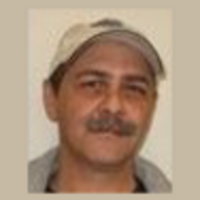 Edward Reeves is the community project manager for FISHES in Délın̨ę, Northwest Territortories. Reeves is Manager of the Délın̨ę Ɂehdzo Got’ı̨nę (Renewable Resources Council). Born in Port Maitland, Nova Scotia, Ed moved to picturesque Komox Valley on Vancouver Island in 1969 where Cougar Creek flows, and harvested oysters from the shores of the many bays in the area.  Ed began living and working in the Sahtú region, Northwest Territories in 1989 when he started working with the then Fort Franklin Hunters and Trappers Association after working in Zama Lake, Alberta. In 2002, Ed was appointed as a board member of the newly formed Sahtú Land Use Planning Board by the local S.S.I. First Nations Regional Office of the Sahtu Dene. Since 2005 he contributed to the development of the Great Bear Lake Watershed Management Plan and other Plans through Community Elders Groups and Focus Group workshops and Public Assemblies. Ed currently enjoys his role in a variety of Délın̨ę community conservation and Sahtú regional land use planning, policy, and research initiatives, including the FISHES project (Fostering Indigenous Small-scale Fisheries for Health, Economy and Food Security). He has a wealth of knowledge and is an avid life-long learner and promotor of Sustainable Dene Harvesting for subsistence. In his free time, Ed enjoys spending time with his daughter, music, photography, candied salmon, and Fanny Bay Oysters.