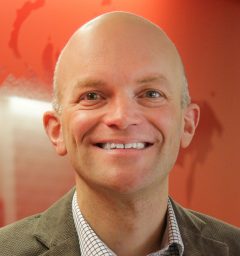 Dr Achim Hurrelmann is one of the co-authors (with Frédéric Mérand and Stephen E. White) of a new article titled ‘Eurosphere or Anglosphere? Canadian Public Opinion on Brexit and the Future of Transatlantic Relations‘, published in the Canadian Journal of Political Science/Revue canadienne de science politique.

The article studies the views of the voting-age Canadian population when it comes to Ottawa’s transatlantic orientation. With the exit of the United Kingdom from the European Union, Ottawa could choose to focus on either of the two – raising the possibility that this choice between the Eurosphere and the Anglosphere could emerge as a new fault line in Canadian foreign policy. Close relations with Europe, especially but not only with the United Kingdom, have long been a consensual tenet of Canadian foreign policy, which has supported European integration since the 1970s. That the leaders of the two largest parties in Canada, now facing off in an early federal election, have taken opposite positions on this transatlantic dilemma, threatens to upset this consensus. Findings show a strong degree of correspondence between positions expressed in party discourse and preferences in the Canadian population.

Achim Hurrelmann, of Carleton University, is one of the professors associated with the Jean Monnet Network on Transatlantic Trade Politics. His scholarly work focuses on political debates and controversies about European integration (in parliaments, the media, and among citizens), democracy and legitimacy in the European Union, as well as transatlantic relations (especially Canada-Europe relations). Furthermore, with co-author Frédéric Mérand (as well as Petra Dolata and Patrick Leblond, who did not contribute to the newly-published article), he is currently working on a five-year project that examines “The Reconfiguration of Canada-Europe Relations after Brexit”, mapping the impact of Brexit on Canada’s relationships with its transatlantic partners.