Dr Francesco Duina is the author of a new article titled ‘Is academic research useful to EU officials? The logic of institutional openness in the Commission‘, published in the Journal of European Public Policy.

The paper’s abstract reads as such: “This paper contributes to the ‘reflective turn’ in academic research on the EU (AREU) by asking: is AREU useful to EU policymakers? The findings come from a survey of 57 Commission officials of mixed ranks from 15 DGs, and 45 in-depth interviews with mostly mid-level officials from 22 DGs and the Secretariat General. Officials value AREU’s data, concepts, and methods for specific ends – with differences across ranks, roles, and personal inclinations. Accessing AREU through multiple venues, they leverage it pragmatically – to improve their work’s quality, boost its credibility internally and externally, and justify it publicly. They feel their Commission colleagues use AREU, albeit to a lesser extent. They see several institutional features of the Commission as conducive to AREU: ‘positive’ ones (technocratic freedom, evidence-based expectations, a multinational staff) and ‘constraining’ ones (scarce resources, subsidiarity). The conclusion highlights the interviewees’ desire for more integration of AREU into their work.” 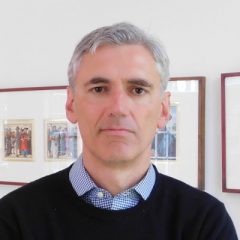