Baltacıoğlu, who retired in April 2018, was one of Ottawa’s most seasoned deputy ministers and served as a trusted adviser to four prime ministers and many cabinet ministers and departmental officials on programs, issues, legislation and matters of policy focused on the economy, treasury, transportation, infrastructure, security, agriculture, health care and the environment. 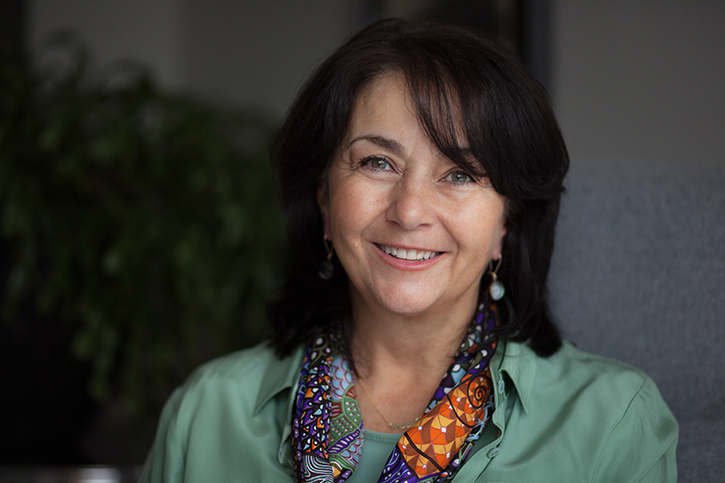 A valued mentor, she helped develop the next generation of public sector senior leaders.

As Secretary of the Treasury Board, Baltacıoğlu provided strategic and operational leadership that advanced sound governance and produced results across the full spectrum of the federal government’s programs, policies, directives, regulations and expenditures.

During her career, Baltacıoğlu held a number of senior deputy minister positions, including Deputy Minister of Transport, Infrastructure and Communities, with responsibility for more than 5,500 employees and directing strategic planning, program operations and issues management. While managing collaborations with key stakeholders and leaders of business and industry, she ensured sound stewardship in a portfolio that included 11 Crown corporations, the Canadian Transportation Agency, 17 port authorities and 21 airport authorities. She played a key role in administering the government’s stimulus package following the 2008 economic crisis.

As Deputy Minister of the Department of Agriculture and Agri-Food, Baltacıoğlu promoted Canadian agricultural interests in trade negotiations and leveraged policy and financial tolls and a $3.3-billion  budget to support the agricultural sector with a focus on areas such as research and innovation, bringing products to market, food safety, export and environmental management.

During almost five years at the Privy Council Office as Deputy Secretary to the Cabinet (Operations), and previously as Assistant Secretary to the Cabinet, she forged inter-departmental consensus on key policies and programs, managed a number of cabinet committees, and advised the prime minister, Cabinet and senior officials on a wide range of sensitive policy issues.

Earlier in her career, she held executive-level positions at Agri-Agricluture and Agri-Food Canada and Environment Canada, where she led international climate change negotiations.

Honoured by the Public Policy Forum in 2017, she has twice been recognized by the Women’s Executive Network as one of Canada’s Top 100 Most Powerful Women and is a proud recipient of several honours for significant contributions to the public sector, including the Queen Elizabeth ll Diamond and Jubilee medals and the 125th Anniversary of the Confederation of Canada Medal. She was named to the prestigious Order of Canada in December 2020.

Leveraging an extensive network of government officials and business, industry and advocacy leaders, she is a trusted adviser with expert knowledge of the workings of government, including its principles for sound governance and government-wide policy direction in areas including human resources, financial management and IT.

She serves on the board of the Institute of Corporate Directors, Hydro Ottawa, and is a professor at the University of Toronto’s Munk School of Global Affairs and Public Policy.

Baltacıoğlu holds a Bachelor of Laws from Istanbul University, an Institute of Corporate Directors Designation from the Rotman School of Management at the University of Toronto and a Master of Arts from Carleton University’s School of Public Policy and Administration.

She received Carleton’s Bissett Alumni Award for Distinctive Contributions to the Public Sector in 2015 and was a featured alumna in the university’s 2017 public campaign to celebrate its 75th anniversary.