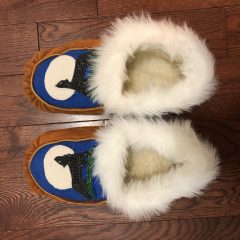 My time in Sioux Lookout has come to an end. I really enjoyed the opportunity to explore Northwestern Ontario and have gained lots of knowledge and experience. Overall, I had a great summer. Living away from home gave me the chance to be independent and travel on my own. I learned a lot about maternal mental health and some of the challenges that are affecting Indigenous mothers. I met lots of people who are committed to servicing people in Northern communities, but I feel as though I merely scratched the surface when it came to discovering the wealth of knowledge that everyone possessed. My curiosity to learn more about Indigenous culture has only grown stronger. 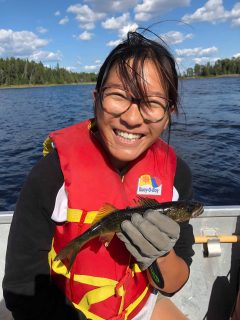 The second half of my summer was very different than the first half. When I had initially arrived, everything was new; I didn’t know anything about the town. As I slowly started to explore and get more comfortable in my surroundings, it became easier to navigate. I was scouting out things to do without making any real plans. However, when I got back to Sioux Lookout after going home for a few weeks, I had a better idea of what was available and tried harder to seize all of the opportunities that were offered to me. I enjoyed many Blueberry Festival events and stopped by many yard sales. I finally completed my moccasins that I had been working on all summer. The entire process was done by hand, from the beading, to the leather, to the fur. It was not easy, but it was definitely satisfying to see all of the hard work I put into the project pay off in such a beautiful product. I also attended a few ice cream socials at the Peace Park where I found people who offered to take me fishing and blueberry picking, both of which I did for the very first time this summer. In addition, I took the opportunity to go to Winnipeg for the day to see the Canadian Museum for Human Rights. It was such a wonderful place, I wish I’d had more time to explore. There were many references to Indigenous peoples and the injustice they have faced. However, the museum also celebrates Indigenous culture and highlights the resilience of people. I did the guided tour when I arrived, and it was great to hear all of the different stories from around the world surrounding social justice and the importance of respecting human dignity. 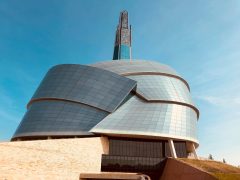 Right before I left, there was a Sioux Lookout First Nations Health Authority (SLFNHA) staff retreat. The focus of the day was team building. One of the activities had everyone talking with a partner about what makes us feel most alive and energized. After talking in smaller groups, we came together as a large group to highlight everyone’s strengths based on our conversations. The facilitator then wrote everyone’s name on one large sheet of paper with their strengths surrounding their name. I thought this was a great exercise that allowed us to visualize what each member brings to the team and enabled the staff to get to know each other better. Although my position at SLFNHA was temporary, I definitely met some people with whom I hope to keep in contact.

I would recommend that everyone explore Canada to see what it has to offer. The beauty of Sioux Lookout and all of the nature that surrounds the town was a refreshing break from the hustle and bustle of city life. I heard many stories about people moving to Sioux Lookout with the intention of staying for a year or two only to be found 20-30 years later still living there. I am not sure yet if I will be returning to Sioux Lookout next year, but I am definitely grateful for the wonderful experience I had this summer.