Director of the School of Policy Studies, Queen’s University 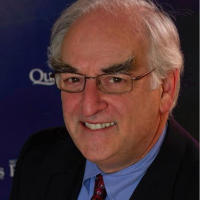 Director of the School of Policy Studies, Queen’s University

Kim Richard Nossal is the director of the School of Policy Studies, Queen’s University. He received his B.A., (1972), M.A. (1974), and Ph.D. (1977) in Political Economy from the University of Toronto. In 1976, he joined the Department of Political Science at McMaster University in Hamilton, serving as chair of the department from 1992 to 1996. In 2001, he was appointed head of the Department of Political Studies at Queen’s, a position he held until 2009. From 2008 to 2013, he served as the Sir Edward Peacock Professor of International Relations. From 2010 to 2013 he was the director of the Centre for International and Defence Policy at Queen’s.

Nossal has authored or edited a number of books, including The Politics of Canadian Foreign Policy (1985, 1989, 1997); Relocating Middle Powers: Australia and Canada in a Changing World Order (with Andrew F. Cooper and Richard A. Higgott, 1993); Rain Dancing: Sanctions in Canadian and Australian Foreign Policy (1994); Diplomatic Departures: The Conservative Era in Canadian Foreign Policy (ed. with Nelson Michaud, 2001); Politique internationale et défense au Canada et au Québec (with Stéphane Roussel and Stéphane Paquin, 2007); Architects and Engineers: Building the Department of Foreign Affairs and International Trade, 1909-2009 (ed. with Greg Donaghy, 2009). His latest book, with Roussel and Paquin, is International Policy and Politics in Canada, published in 2011. At present he and Jean-Christophe Boucher are working on a book on the domestic politics of Canada’s Afghanistan mission.