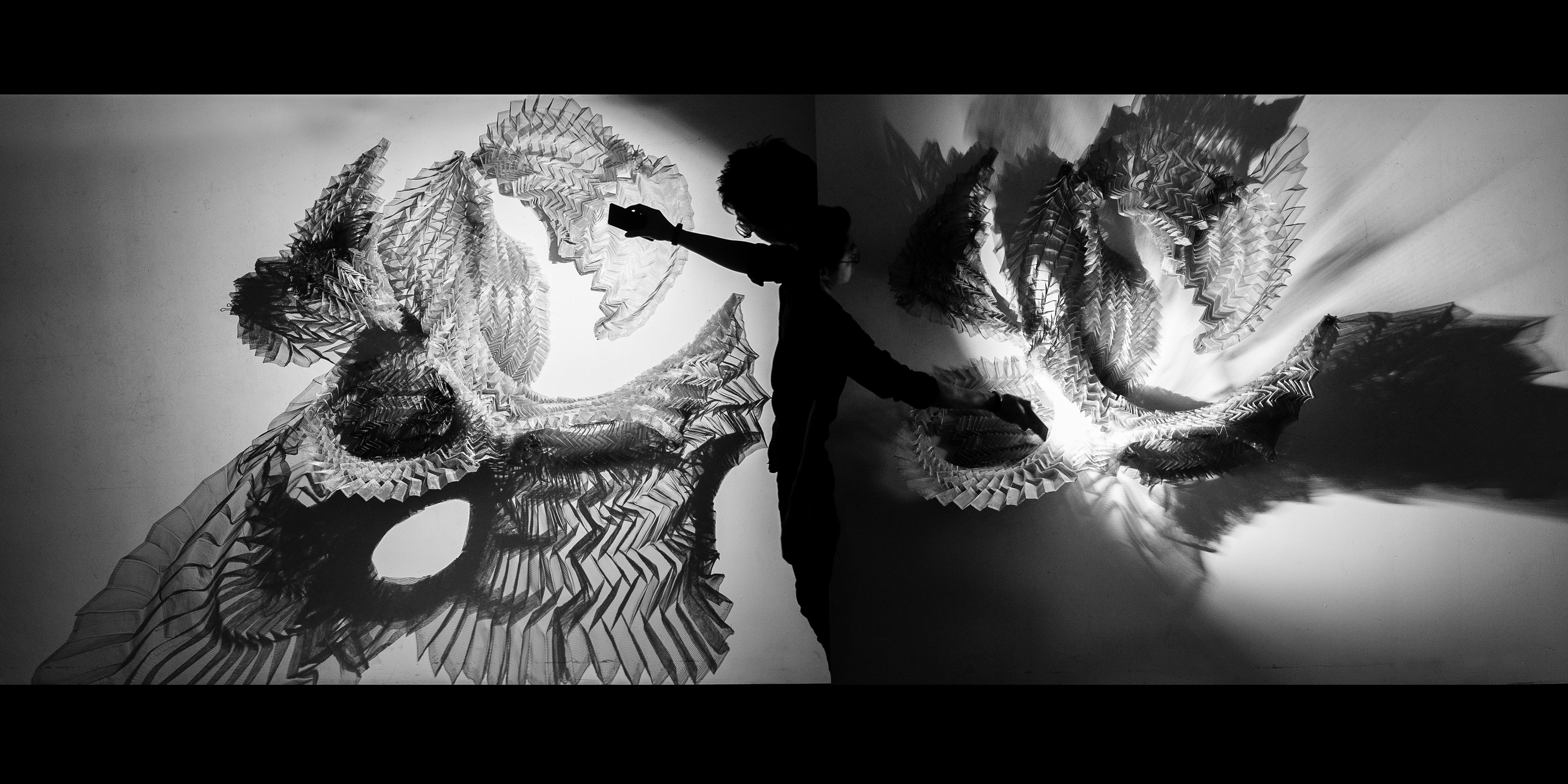 Diluvio: Teatro delle Ombre (Deluge: Theatre of Shadows) is part of Cinquecento: Carleton Celebrates Leonardo da Vinci, the 2019 year-long initiative commemorating the 500th anniversary of Leonardo’s death. This interactive and immersive exhibition is the final phase of the Diluvio installations featuring the work of students from the Fall 2018 and Summer 2019 Crossings Interdisciplinary Workshop, offered by Professor Manuel Báez. The new participatory immersive exhibition is inspired by Leonardo’s Deluge drawings and correlations between his insightful reflections regarding visual perception and Plato’s Allegory of the Cave.

“You who speculate on the nature of things,” writes Leonardo, “I praise you not for knowing the processes which Nature ordinarily effects of herself but rejoice if so be that you know the issue of such things as your mind conceives.”

In Plato’s metaphoric allegory, chained prisoners are rigidly held captive within a cave, perceiving only the visibly restricted shadow-reality ahead while, unbeknownst to them, the true nature of the Light entering the cave and casting these illusions dwells behind their perceptions. An interactive and immersive experience is offered through a flood of self-activated shadows, evoking and triggering the captivating theatre of the mind.

In his notebooks, Leonardo offers us the following:

“ … Look into the stains on walls, or the ashes of a fire, or clouds, or mud, or similar places, in which, if you consider them well, you may find really marvelous ideas … because by indistinct things the mind is stimulated to new inventions.”

In the spirit of Leonardo, you are invited to immerse yourself and activate the elusively evocative forms, shadow-projections and resonant patterns offered within Diluvio: Teatro delle Ombre as a way of possibly stimulating and expanding your imagination and of gaining insights into the inner workings of your mind and perception. 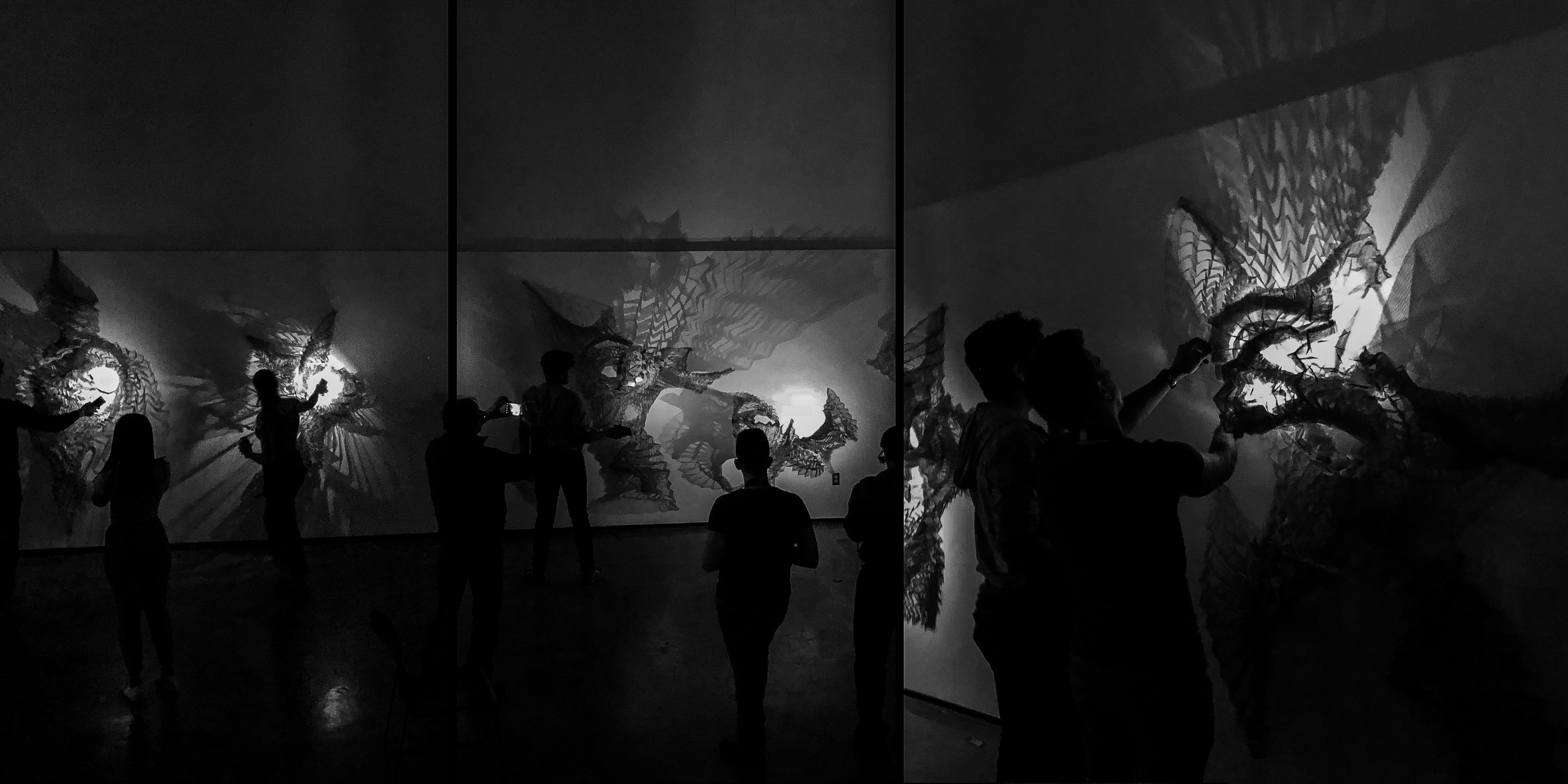 Presentation by Prof. Manuel A. Báez and Reception
September 16th, 2019 at 6:00 PM to 8:00 PM
The Pit and Light Gallery, Azrieli School of Architecture & Urbanism

***Please register using the form below*** 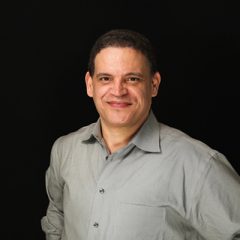 Associate Professor Manuel A. Báez has been at the Carleton University Azrieli School of Architecture and Urbanism since January of 2001. Previously, he taught in the United States at The Cooper Union for the Advancement of Science and Art in New York City and Rhode Island School of Design in Providence, RI. His work as an architect, artist and researcher draws inspiration from the generative potential of the forms, structures and integrative systems generated by elemental processes that exist throughout the natural environment. He has extensively exhibited and lectured in various international conferences and institutions. The Leonardo da Vinci eminent scholar Martin Kemp has featured Báez’s research in his 2016 book Structural Intuitions: Seeing Shapes in Art and Science. He won the 2017 Dream competition held by Heritage Canada with his design of The Gather-Ring, an offering of a contemplative and reflective pavilion on the Portage Bridge as part of Canada 150. In 2014, The Light Keeper permanent ceiling installation at Carleton’s Ojigkwanong Centre was designed and built by Báez along with architecture students and in consultation with the centre’s architect, Douglas Cardinal. In 2012, he was the inaugural speaker for CreativeMornings Ottawa and a guest speaker at TEDxCarletonU in 2010. His work was also honoured with a 2005 Research Achievement Award from Carleton University. The research has been supported by such agencies and institutions as the Canada Council for the Arts, the Social Sciences and Humanities Research Council, the Canada Science and Technology Museum, the New York Foundation for the Arts, the Cooper Union for the Advancement of Science and Art, Cranbrook Academy of Art and Carleton University. Báez received his B. Arch. Degree from The Irwin S. Chanin School of Architecture at The Cooper Union and his M. Arch. Degree from the Cranbrook Academy of Art. He is a licensed architect in New York State.