Davina is an MA candidate at the Institute of European, Russian and Eurasian Studies at Carleton University. Her research focuses on German-Russian relations and the security relationship between the European Union and NATO. This is her second year as part of the MNATO Secretariat. Davina has also participated in, staffed, and organized various Model United Nations and Model NATO conferences across North America for almost a decade.

Davina and the executive team have been working hard to make this the best conference yet, and she is excited to welcome everyone in February Carleton Model NATO 2020! 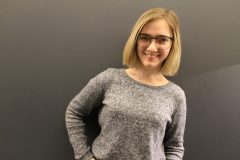 Sarah is currently a graduate student in the Norman Paterson School of International Affairs at Carleton University, specializing in International Economic Policy.  While this is Sarah’s first time as part of a Model NATO, she worked with Model UN conferences throughout her undergraduate degree at the University of Alberta and has participated in conferences as a delegate as well.

As Deputy Project Manager, Sarah is responsible for the logistics of the conference and also serves as the Chief of Staff.  Sarah is excited to be in Ottawa and to be a part of the Carleton MNATO Secretariat this year.  She looks forward to meeting the delegates and hopes everyone enjoys the conference! 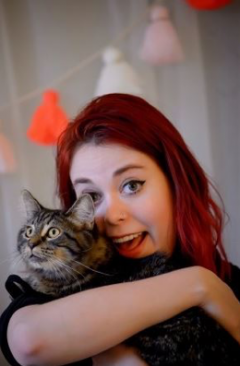 Leah recently graduated from the University of Cambridge with a Master of Philosophy in Multidisciplinary Gender Studies, Department of Politics and International Studies (First Class Honours) as the Chevening Scholar, Rotary Global Fellow, and Cambridge Trust Scholar. Previously she earned a Bachelor of Arts (First Class Honours) in Women’s Studies from the University of Calgary; a Bachelor of Arts (with Distinction and a minor in Anthropology) in International Relations from the University of Calgary; and a graduate certificate from the London School of Economics and Politics in Law, War, and Human Rights. Leah has over twelve years of experience in Model United Nations, including serving in various conference leadership positions for the National Collegiate Conference Association (National Model UN), UCalgary High School Model UN, the national Political Science Students’ Association, World Health Organization Simulation, and led the UCalgary Model United Nations Team to first rank in the Top 50 North American Teams, among involvement with numerous other student conferences. She currently works for Global Affairs Canada in Ottawa, and has two beautiful sons, who are both cats. 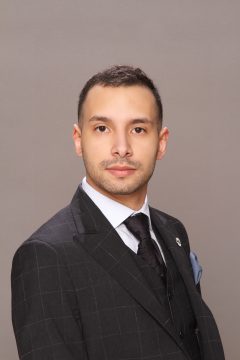 Diego is a recent graduate from the University of Calgary with a B.A. in Political Science and Russian. Throughout his degree, Diego concentrated on security and strategic studies with a special focus on Eastern Europe. His ability to speak Russian and past research on the region led him to be deployed as the youngest electoral observer to the Ukrainian Parliamentary Elections this July. Diego has been a Crisis Director for several Model United Nations conferences over the years and has participated at MNATO as a delegate in the past.

As Crisis Director, Diego is looking forward to creating a crisis simulation that reflects the unique challenges NATO faces in today’s tumultuous world 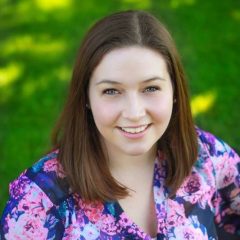 ea is a student of the combined JD/MA program run jointly through the University of Ottawa’s Common Law School and the Norman Paterson School of International Affairs. Kelsea received her BA in 2017 from Concordia University of Edmonton in English and Political Science. During her time at Concordia, Kelsea participated in over ten local and international Model United Nations conferences and served as the Secretary General of National Model United Nations Canada 2017. In fall of 2017, she was also Canada’s Youth Delegation Lead at the Global Youth Trends Forum in Taipei.

Kelsea and the rest of the Secretariat are working hard to host Carleton’s best MNATO and to welcome students to Ottawa this February.