Celebrating its 75th anniversary this fall, Carleton’s journalism program covers the COVID-19 crisis, confronts its past and forges bold partnerships for the future. 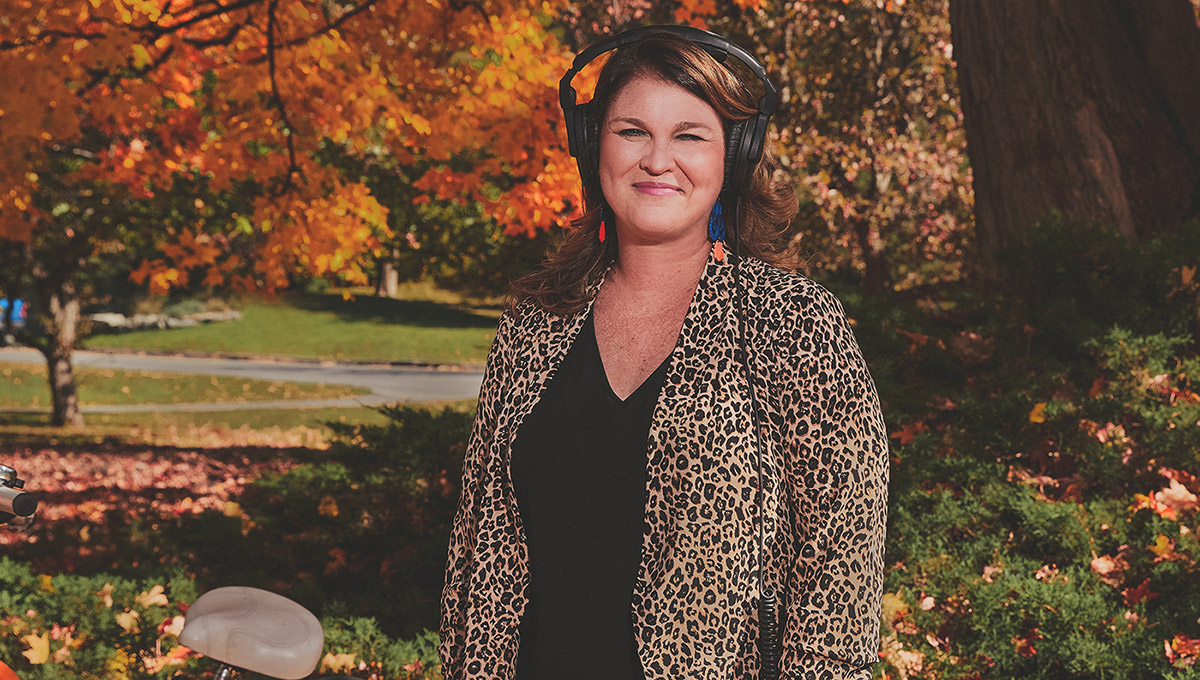 Robyn Bresnahan was making supper when she heard small footsteps climbing up the wooden steps of her house in Old Ottawa South, just a few blocks from the Carleton campus. The host of CBC Radio’s Ottawa Morning opened the door and saw a seven-year-old girl looking up at her.

“This is for you,” the visitor said, dropping a small envelope on the doorstep and dashing away. “Dear Robyn,” the card read, “thank you for bringing us the news every morning.”

The girl’s teacher had asked students to write letters to workers who were helping people cope with COVID-19, Bresnahan learned later — a memory she is sharing with watery eyes, sitting on a red Adirondack chair outside her house on a late-summer morning.

Bresnahan may not be a doctor or a nurse, but she dutifully sets her alarm for 3 a.m. these days, rising before dawn to make a pot of coffee and spend two hours in her home office reading newspapers and tweaking radio scripts. At 5 a.m., she corrals her hair into a ponytail and bicycles 11-and-a-half minutes to CBC’s downtown studio, arriving just in time for the 5:30 a.m. news and current affairs program that’s billed as the city’s most listened to morning show.

Bresnahan has followed a similar routine since 2011, when she moved back to Canada from London, England — where she had worked for the BBC World Service — to take the CBC job. And it’s a routine that didn’t really change when the pandemic dramatically upended the world.

“We have been essential in so many people’s lives,” she says, “during all of this.” Since mid-March, Bresnahan — who graduated with a journalism degree from Carleton in 2001 and was steered into radio by professor Mary McGuire — has been part of the glue holding the city together by sharing important information and inspiring stories.

Over the past few months, she has covered a wide swath of the pandemic: a local nurse who became homeless because her landlord was concerned about COVID-19; parents whose children went back to school in September; a heated exchange with Mayor Jim Watson in a segment about bylaw enforcement when it was still illegal to sit in parks.

“In the early days, I think we were a crucial lifeline,” says Bresnahan, “but then I worried whether people would be oversaturated. So it became a balance. ‘Are people ready for a band interview? Are people ready for sunny, happy stories?’ Some days maybe we did too much pandemic news. Other days maybe we got the mix wrong. It’s been kind of a dance, but our team does the best we can.”

Although Bresnahan loves her job, building a relationship with the audience and earning respect from Ottawa’s movers and shakers, doing journalism during the pandemic has been draining. She has two young children and had to stop trying to be the perfect parent (i.e., more screen time for the kids equals more rest for mom). And when the boundaries between home and work blurred and she began to have nightmares about COVID-19, Bresnahan traded reading newspapers before bed for novels and reduced her workweek to four days for a few months.

These two changes, she hopes, will help her find the equilibrium and energy she needs. “There were times when the news was so heavy,” she says. “People would burst into tears on air. I felt like a therapist, soaking up all this stress. Then I’d come home and try to shake it off and be a mom. That was hard. The kids don’t care that I’ve been up since 3 a.m., and nobody does well when they’re tired.

“But I’m lucky, because in a way, when I go to work I’m still in the home — my kids can turn on the radio and listen to me. I’m still there even though I’m not.” 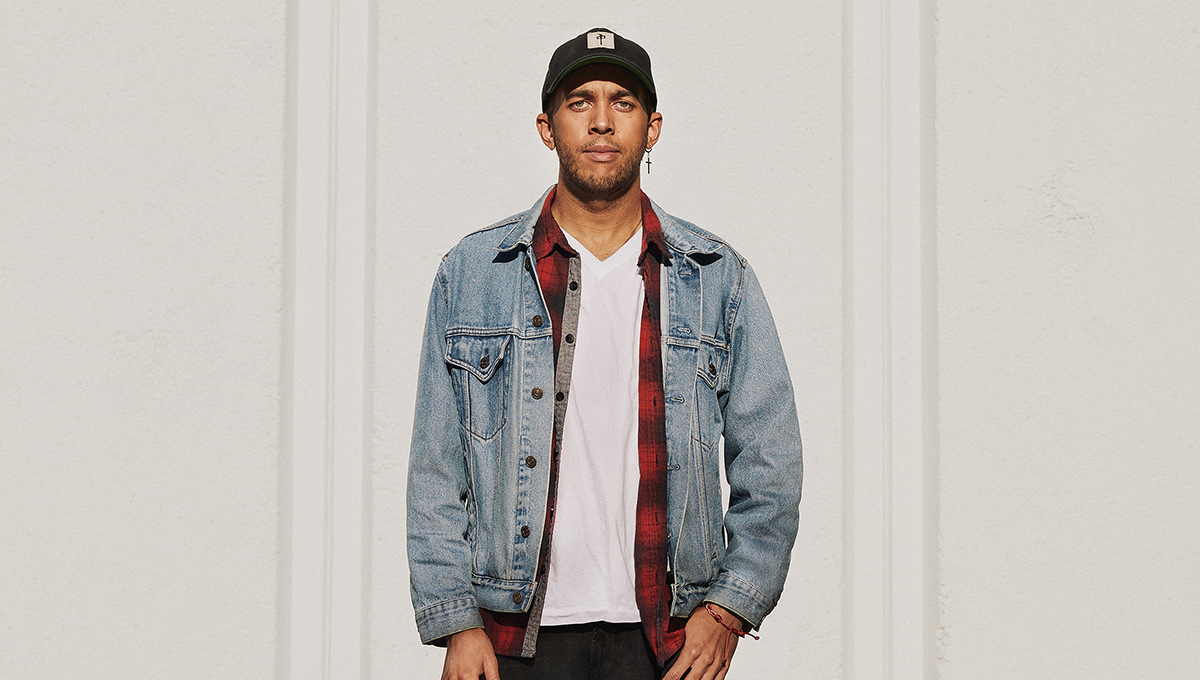 Who could have predicted that my Master of Journalism degree would end with my bedroom playing the role of both classroom and newsroom.

COVID-19 shook up not only our education but also the job plans that a lot of journalism students had for the summer. As a response, the program hired around 20 of us to work for Capital Current, its online publication.

While I was accustomed to covering stories face-to-face, I had to adapt to Zoom and telephone calls becoming the norm for interviews. This took some getting used to, but I pushed through because I felt a responsibility to help people understand how COVID was changing lives.

I covered stories ranging from what Ontarians thought about social bubbles to a piece about a seniors’ community centre that sent food and crafts to its clients so they wouldn’t feel alone while social distancing. Doing this work has been demanding — a challenge magnified by a second virus that many other journalism students and I have had to deal with: systemic racism.

Last May, several current and former Carleton journalism students who identify as Black, Indigenous and People of Colour (BIPOC) spoke out about how racism within the program has impacted their experiences. I was one of them. While I felt a need to cover COVID-19, as a half-Black student I felt a bigger responsibility to share stories about people like me.

I started to write about my experiences, such as how some people didn’t believe that I’m half-Black because I didn’t “look like it” and how learning about BIPOC issues in journalism was treated like a special attraction — we’d discuss them in one class and never talk about them again.

I wanted to use my platform to speak for people who didn’t have the same opportunity as me. It felt weird at first because I was criticizing the journalism program in articles published on its website. That feeling soon transformed into a sense of duty: I needed to share my stories and those of others because they must be heard so things will change.

Everyone wants to know what their purpose in life is — it took COVID-19 and BIPOC students voicing their frustration for me to find mine. As I continue my journey into the journalism industry, I don’t know what role either virus will play in my life, but I know that neither will stop me from covering the issues that people need to hear about. 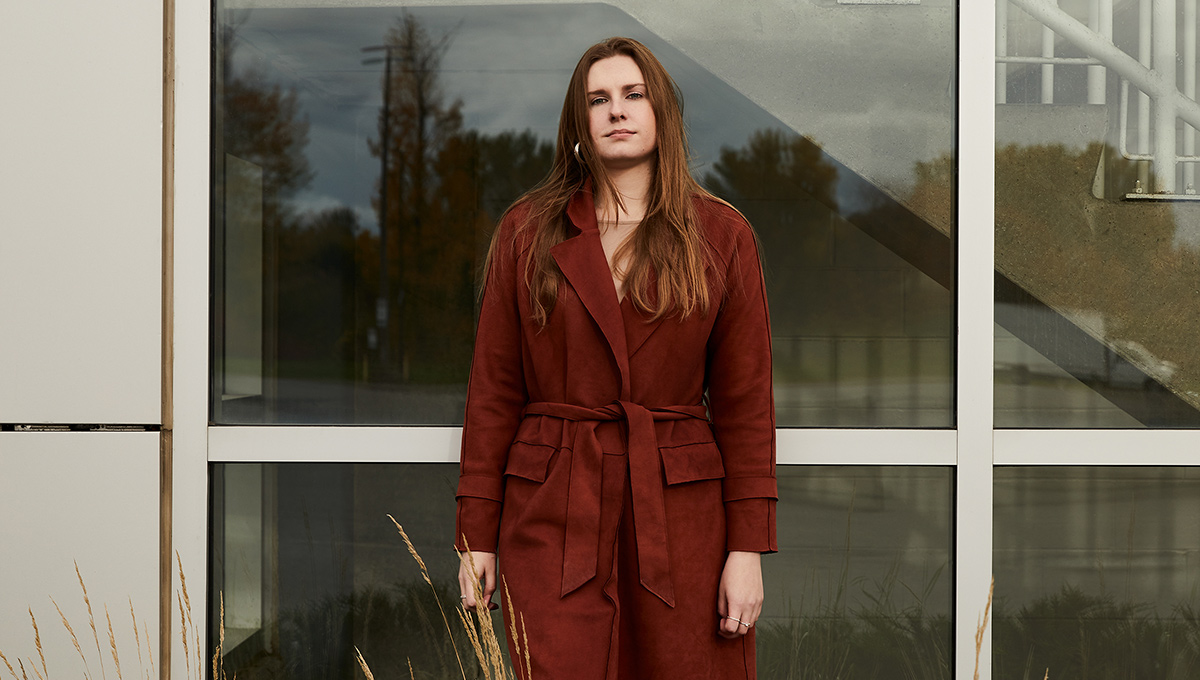 The Stories Behind the Stats

In my adulthood, the topic of math has thankfully not come up often in conversation. On the rare occasion that it does, I feel the need to preface any discussion about numbers with a quick disclaimer to keep expectations low.

Over the last few months my state of comfort, along with the rest of the world, has been significantly disrupted. But for me, it was also because I began every morning hunting for patterns on spreadsheets full of figures.

The Institute for Investigative Journalism (IIJ) is a non-profit newsroom based at Concordia University. It brings journalism schools and media organizations together to collaborate on investigations too large for individual organizations to pursue alone. I first encountered the IIJ in the second year of my Master of Journalism program at Carleton. At the time the IIJ was working on an investigation into water quality, which revealed that provincial regulations were not adequately addressing lead levels in municipal drinking water.

The IIJ’s second investigation is focused on Indigenous drinking water. This was how I thought I’d spend my summer when I applied for a four-month fellowship with them in February. Instead, much of my time has been focused on a new project: mapping COVID-19 outbreaks across Ontario.

All summer I was immersed in numbers from throughout the province — the number of outbreaks, the number of deaths, the number of recoveries and hospitalizations — so I could make interactive maps showing the geographic impacts of coronavirus. These numbers have frequently felt overwhelming.

Initially, all I could see when looking at a spreadsheet was a snapshot of grief and confusion. But at some point, the disorienting columns and rows of figures morphed into stories, which have been written and broadcast to tens of millions this summer through the IIJ’s media partners.

The data I’ve been sifting through has culminated into several different maps, viewed more than 600,000 times, highlighting the most vulnerable populations in Canada, from Indigenous communities to farm workers, which has cast a glaring light on the cracks in our society that force certain populations to face more risks and hardships than others.

I pursued journalism because I want to tell stories, an ambition that doesn’t seem synonymous with numbers. But as I complete my master’s degree, I’m grateful that the importance of data journalism has been made evident to me early on in my career. And I no longer have to offer disclaimers when talking about math. 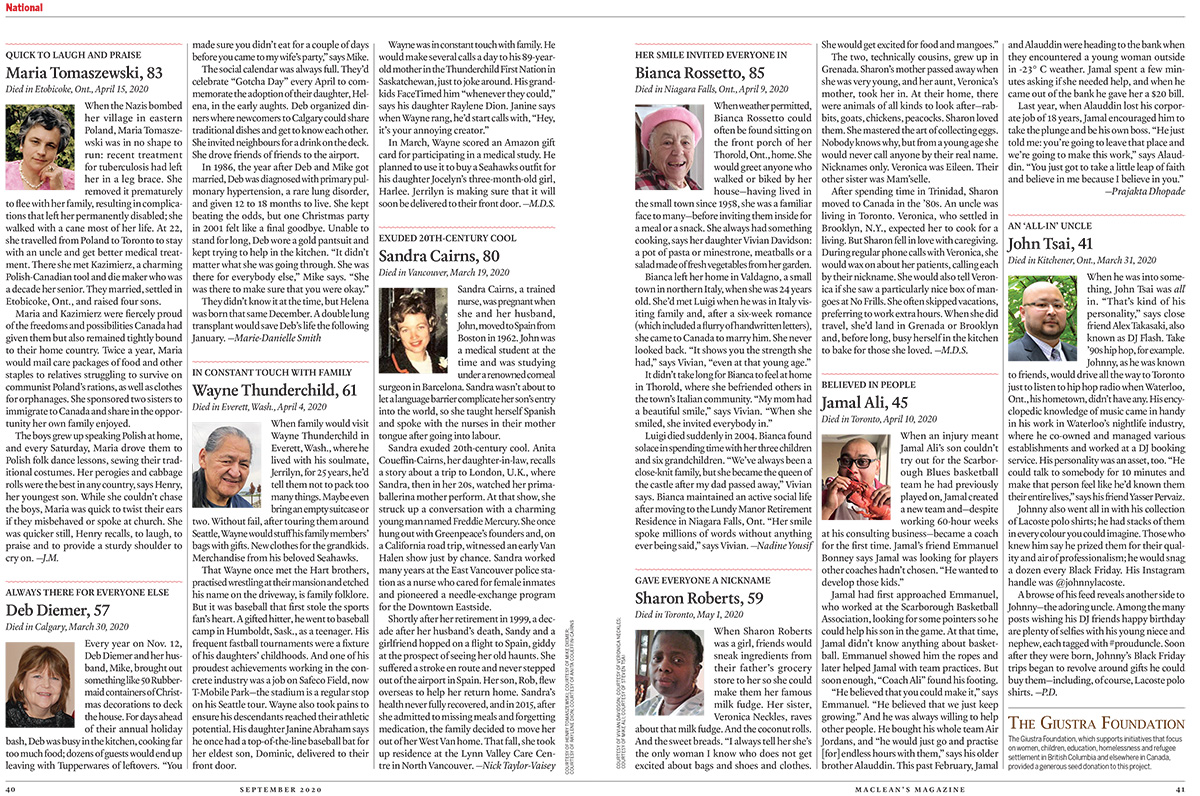 We Will Remember You

On Sunday, March 8, 2020, a B.C. man in his 80s died while receiving care in North Vancouver. His was the first confirmed death caused by COVID-19 in Canada. By the end of March, 126 Canadians had lost their lives to the virus, and as the obituaries piled up the sheer loss of human life proved impossible for any individual news outlet to keep up with. 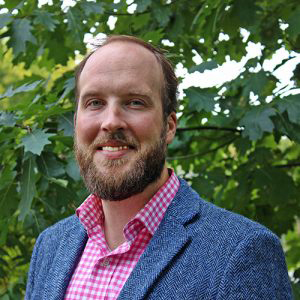 As of September, more than 9,000 Canadians had died from COVID-19 and public health officials estimated that more than twice as many will succumb before a vaccine is found. But the numbers fail to capture the fullness of what has been lost and what is at stake.

That’s why Carleton’s Future of Journalism Initiative (FJI) has taken a lead role in an unprecedented national project that aims to share the stories of everybody who has died. The FJI is a new collaborative research hub that has been established to help mark the 75th anniversary of Carleton’s journalism program. The initiative links working journalists and visiting scholars with Carleton journalism students, fostering creative and academic partnerships around projects that serve a public interest.

The FJI, in collaboration with Maclean’s magazine and J-Schools Canada, an umbrella organization for the country’s post-secondary journalism schools, has launched one of the most ambitious reporting efforts imaginable — a nationally focused obituaries project called They Were Loved. With support from the Giustra Foundation, the project has mobilized hundreds of journalism students from across the country who are currently writing obituaries and building a comprehensive tribute to the victims of COVID-19. The obituaries are being published by Maclean’s. 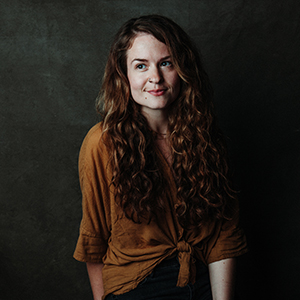 The FJI has also appointed award-winning writer Katherine Laidlaw to serve as its inaugural journalist-in-residence. Laidlaw has helped spearhead They Were Loved, forging partnerships with students from a dozen journalism schools to work independently and collectively on this lasting endeavour.

Founded in 1945, Carleton’s journalism school was the first of its kind in the country and has been the standard bearer in Canadian journalism education through decades of technological disruption and tremendous social and economic change. Key to the school’s success has been its capacity to evolve and shape its pedagogy to ensure that every generation of journalists to graduate is able to succeed in an ever-changing industry.

The FJI is part of this tradition — and part of the program’s future.

Brett Popplewell is a Carleton journalism professor and director of the Future of Journalism Initiative. 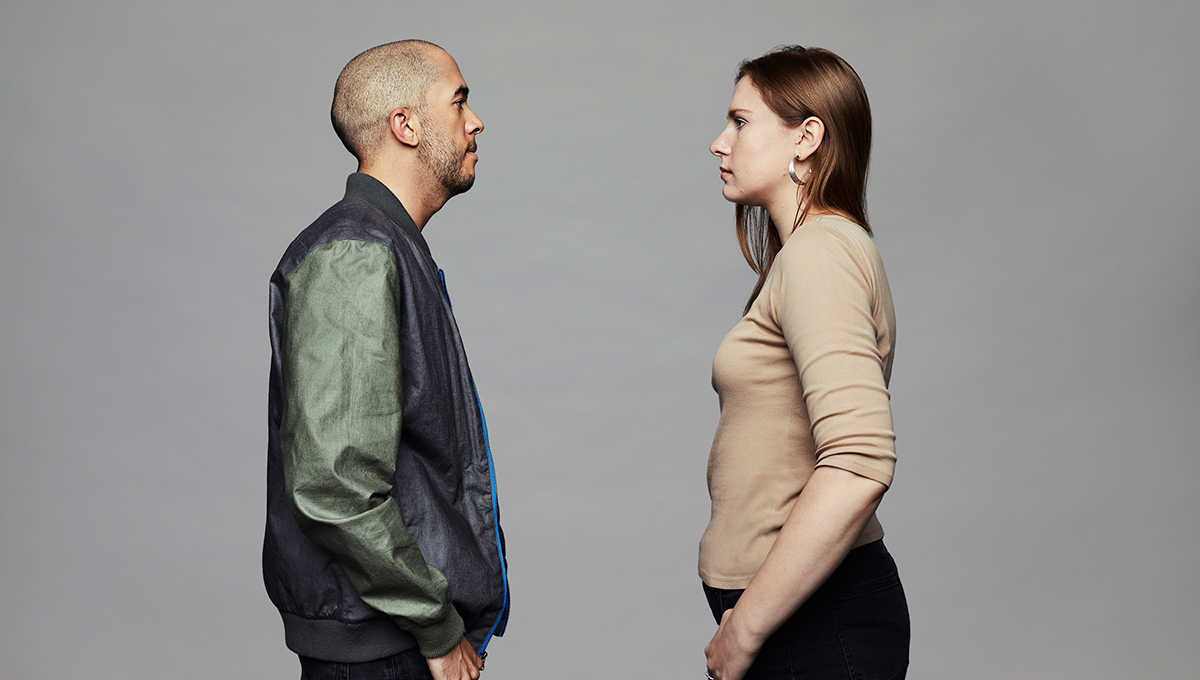 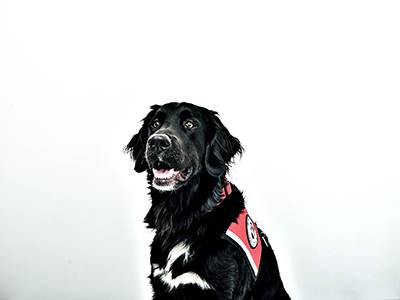 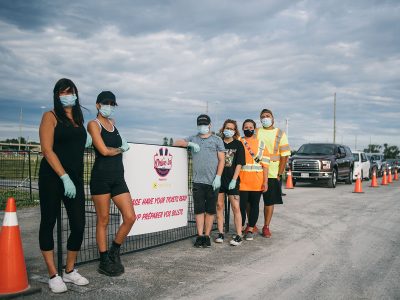 Akintunde Akinleye, “Shifting Perspectives,” page 30 A former Reuters photographer turned anthropology PhD candidate at Carleton, Akintunde Akinleye was planning to spend much of this year in the Republic of Benin conducting research on the... More 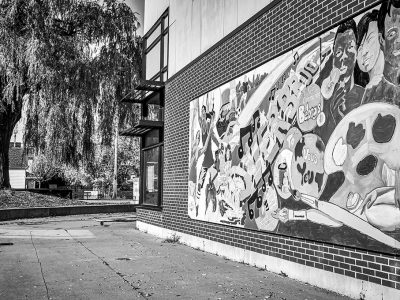 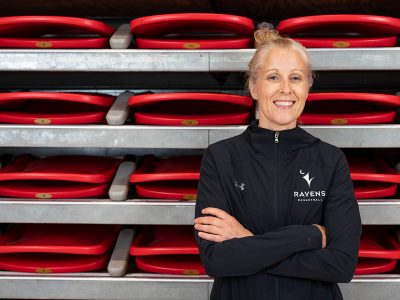