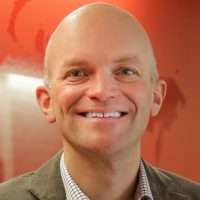 Achim Hurrelmann is Professor of Political Science and Co-Director of the Centre for European Studies (CES) at Carleton University. He is the Academic Coordinator of the Jean Monnet Network on Transatlantic Trade Politics. Professor Hurrelmann’s scholarly work focuses on political debates and controversies about European integration (in parliaments, the media, and among citizens), democracy and legitimacy in the European Union, as well as transatlantic relations (especially Canada-Europe relations). He has been awarded a number of research grants from the Social Sciences and Humanities Research Council of Canada (SSHRC), the Erasmus+ Programme of the European Union, and other granting agencies. In cooperation with Petra Dolata, Patrick Leblond, and Frédéric Mérand, he is currently working on a five-year project that examines “The Reconfiguration of Canada-Europe Relations after Brexit”, mapping the impact of Brexit on Canada’s relationships with its transatlantic partners.