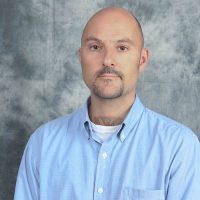 Chris Huggins is a researcher, lecturer, and trainer with more than 15 years experience on land and natural resources rights in Sub-Saharan Africa, particularly the political economy of land and agricultural reform. He was previously based in Nairobi as a Research Fellow with the African Centre for Technology Studies (ACTS), and in Kigali as Rwanda Researcher for Human Rights Watch. Training and lecturing work has included teaching at Carleton University’s Norman Paterson School of International Affairs and the School of International Development and Global Studies at University of Ottawa, and co-designing professional training courses for the United States Agency for International Development (USAID).  He has consulted with U.N. agencies, bilateral donors, policy think-tanks, International Non-Governmental Organizations, and for-profit institutions.

He has contributed directly to major international reports such as the Annual Report of the United Nations Special Rapporteur on Housing to the UN Human Rights Council. His co-edited textbook on Conflict and Housing, Land and Property Rights has been included on the syllabi of several university courses, including at the University of Edinburgh; University of Tulsa; and University of Copenhagen. Chris is a collaborator on a Major Collaborative Research Initiative, The Indian Ocean World, coordinated by McGill University; a Non-Resident Research Fellow at the African Centre for Technology Studies (ACTS), which was ranked among the top 25 most influential climate change think tanks in the world in 2013; and is currently completing a post-doctoral position at the Netherlands Academy of Land Governance and Food Security (based at Utrecht University). In September 2015 he will commence a prestigious two-year Banting Post-Doctoral Fellowship, based at Wilfrid Laurier University in Canada, under the supervision of Dr. James Orbinski, a member of the Order of Canada recognized as having published papers among the “best science in the world” and as having “shaped scholarship in the field of global health in the post Second World War years”.

Huggins, Chris and Clover, Jenny (eds)
2005. From the Ground Up: Land Rights, Conflict and Peace in Sub-Saharan Africa. Institute for Security Studies (Pretoria)

Christopher Huggins has been awarded a Banting Postdoctoral Fellowship to hold at Laurier for his research examining the use of information communication technologies (ICTs) to promote climate change adaption in Africa. For more information, click here

2014. Restrictions on Land Use Rights in Rwanda: Understanding the ‘Bundle of Land Rights’ in Context. Focus on Land in Africa (FOLA) Brief.

2010. Land, Identity and Power: Roots of Conflict in the Democratic Republic of Congo. International Alert