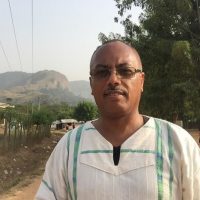 Professor Stephen Appea is an Adjunct Research Professor at the Institute for African Studies at Carleton University.  With a Ph.D. in Educational Psychology from the City University of New York and an MA in Educational Administration and Leadership, his expertise spans a range of key areas in educational psychology, postcolonial pedagogy and educational leadership.  From critical approaches to development and educational policy, to globalization and postcolonial educational dilemmas, to cognitive and emotional intelligence and the politics of social regulation, Professor Appea has spent the past two decades teaching multiple generations of educators, scholars and policy makers.

Over the years, he has taught at City University of New York (CUNY)-Queens College and at CUNY-Hunter College and has also served as an administrator at a range of schools in the Emirates, the Middle East, Brooklyn, New York, and Houston, Texas.  From Sharjah American International School, to his work as a high school principal of Southwest Middle and High School in Houston, Texas, as well as taking on positions of teacher, staff developer, district social studies coordinator, assistant principal and principal of elementary and intermediate schools in New York, his experience has been vast and leadership diverse and this has directly shaped his scholarly research.

Professor Appea is currently working on a project on postcolonial education and the dilemmas of global change.  This work spans a range of countries, educational policies and teaching strategies and maps out the dilemmas of globalization through which contemporary African leaders are reckoning with postcolonial challenges.  The goal is to engage in a ten-country comparison in sub-Saharan Africa to make sense of the resources, strategies, histories and politics that shape new social decision and fulfill African-specific social architectures.

A recipient of a range of coveted educational leadership recognition awards, Professor Appea has been recognized widely by various constituencies, such as the NYC Council Proclamation for Outstanding Service to the Borough of Brooklyn, June 2013, the U.S. Senator Charles Schumer Award for commitment to NYC children and families May 2013 and the NYC DOE District-23 CEC President’s Award (May 2013).  He has also won the NYC City Council Citation for outstanding community contribution (May 2012), as well as the United States Congress Certificate of Special Congressional Recognition from Congresswoman Yvette Clarke in recognition of outstanding and invaluable service as a principal to the community of Ocean Hill Brownsville, May 2011.