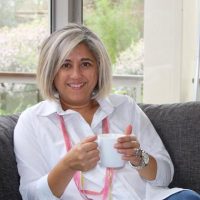 Shireen Hassim, an internationally renowned expert in feminist theory, politics, social movements and collective action, spent the 2017-2018 academic year as a distinguished visiting professor at the Radcliffe Institute for Advanced Study at Harvard.

But after returning to her faculty position at the University of the Witwatersrand in her native South Africa for a few months when the Harvard fellowship finished, Hassim has arrived at Carleton University for a seven-year term as Canada 150 Research Chair in Gender and African Politics – part of a $117.6-million federal program to create two dozen new research chairs and enhance the country’s efforts to become a destination of choice for leading scholars and scientists from around the world.

“Canada is seen as a beacon of science around the world because of our strong commitment to science, research and evidence-based decision making,” Science Minister Kirsty Duncan said during a ceremony at the Canadian Museum of History last spring to introduce 12 of the new chairs, including Hassim.