Crowds of eager faces gather outside the movie theatre impatiently. Everywhere you can see dashikis -brightly coloured shirts and tunics –and braids and sheer giddiness in the expressions of those waiting. After nearly a year of anticipation, it is finally here.

“I have never been in a theatre with so many excited black people,” says Celestina Bogle, an Ottawa activist, as she recounts the experience. “When I was a kid, whenever I saw black people in movies it was always about slavery… this movie gives black people autonomy and it gives them community.”

Marvel’s long awaited Black Panther film is making waves in the black community. From the politically charged name of the movie, referencing the infamous 1960’s socialist black power group, to the anti-colonial plotline that places the fictional state of Wakanda as being unaffected by European imperialism, Black Panther delves deeper into political discussion than the traditional superhero flick.

In addition to being Marvel’s highest grossing film of all time, Black Panther has also become the center of much discussion in the arena of social justice. Racial representation has been a hot topic in Hollywood for some time; heightened after the #OscarsSoWhite trending hashtag in 2015 when the Oscar’s award show had an all-white slate of nominees. As a result, the reactions to Marvel’s newest movie have been ecstatic.

“For a number of people there is a sheer invisibility of black people,” says Nduka Otiono, head of the African Studies department at Carleton University. “Having a more believable representation of humanity in cinema is good for its own sake. This is the way culture and power are defined. Movies define power a lot.”

Racial representation in films is an important issue to consider. Not only to assess the treatment of actors of color in Hollywood, but also the impact it has on viewers. Seeing positive portrayals of people on screen with whom you identify with can be extremely validating, especially in contrast to normally seeing negative or aggressive portrayals of your ethnic group. For example, Reel Bad Arabs: How Hollywood Vilifies a People, written by Jack Shaheen, centers around this phenomenon. Shaheen goes through an extraneous list of films Arabs are depicted in, and details how they are consistently shown as aggressive, dirty, or extremist.

This is the same with other racial minorities, according to Carleton University Professor of Film Studies Aboubakar Sanogo, when minorities are not represented enough and represented badly whenever they are shown.

“One is not insecure about the validity of whiteness, because cinema shows us images of whiteness that are positive or productive,” says Sanogo. “However, when it comes to other races, cinema seems to have a problem with the non-white figure.”

The importance of being ‘seen’ is crucial because it gives agency to minorities, allowing them to not only feel accepted but to also become motivated to give back to their communities.

“It speaks to pushing people’s minds to pursue new possibilities,” says Selali A-W, a coordinator at Carleton University’s Race, Ethnicity, and Culture Hall. “Someone is going to see that movie and say I want to go direct films now because I never thought a black person could direct a superhero film but now I can.”

Sanogo points out that, historically, the film industry has not been kind to racial minorities.

“If you see an old film, black characters can become almost invisible. They could be in the same frame with 50 black people and one white person and you would see the white person with so much clarity. It is not an accident that the technology of recording favors white skin,” Sanogo explains. “There are so many ways cinema has made itself complicit with the racial hierarchy.”

Nduka Otiono says a lack of representation can have an enormous impact on minorities.

“A young black kid grows up and all he sees are white folks. So beauty is represented by whiteness, and then he begins to aspire to have blue eyes, to have white skin. To empower the groups in the margins, coming into the center becomes such a huge deal. The same way you feel if you’re in a strange place and you meet someone from your hometown who speaks the same language.”

Marvel’s Black Panther is one of the few examples of a big budget movie with a predominantly black cast and many believe the film has created an unparalleled sense of community among the black diaspora, unlike any other movie before.

Selali, who organized an event for people of color to attend the film free of charge, says seeing the movie alongside her black peers made the experience incomparable to any other movie screening she’s attended.

“It was really nice to be in a theatre full of predominantly black people. We were all laughing at the same jokes, and you didn’t have to wait for the joke to be explained, because anywhere else it would not be the same,” she says. “The very next night I saw the movie again with a predominantly white audience and it was not the same. It was not the same at all. People didn’t laugh at the same things, they didn’t react similarly to certain things, and the emotional connection and being tied into the film wasn’t the same.”

The film also addressed the distinction between the experiences of Africans and of the African diaspora, or those living outside the continent.

“The learned experience of Africans and African Americans is different,” says Bogle. According to Bogle, although sometimes there is a tension between the two, the film did well to bridge that gap.

“An African American has lived the experience of racism in a different way than Africans have…the movie celebrated a fusion of African and of African American culture. We don’t have to tear each other down to love ourselves, to further support a cause, or to be more ‘woke,’” she explains.

However, not all moviegoers were as pleased with the film.

“I feel like it was very overhyped,” says Iman Abbaro, a Toronto-based black rights activist.

“Yes, it was nice to have a movie that celebrated African heritage, being Sudanese myself I really appreciated that. But in the bigger picture I don’t think it is going to have a significant impact on the black community beyond being a cool movie.”

Regardless of the Marvel film’s ability to address racial or cultural issues successfully, or not, the sheer inclusion of more black faces on screen serves a revolutionary purpose in itself says Sanogo. “There will always be a productive dimension to seeing yourself on screen in a validating manner.” 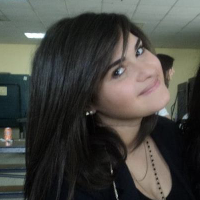