Obviously, something must have gone wrong to cause an entire generation to become as lazy and unmotivated, but oh so entitled, as we are.

Perhaps it was the amount of participation trophies we received when we were growing up, or maybe the root of all our waywardness is caused by our social media use. Whatever it was, somewhere along the line, our generation has collectively become a group of narcissistic jerks lacking any ounce of human empathy. At least, that’s what the news would have us believe.

According to a bevy of news outlets, our generation has become so painstakingly unbearable because of our collective embracement of digital technology. Instead of churning butter or twiddling our thumbs, we’re now spending too much of our time on our devices. This has single-handedly caused us to become excellent, but distracted, multi-taskers.

One consequence of growing up with these technologies, as described in this article, is that we essentially no longer care about our studies. Why get an education when we now have the ability to spend all of our time talking to our friends on Facebook, right? As our entire lives evidently revolve around our social media feeds, there is obviously no time for schoolwork, thus leading to poor grades. This notion is echoed in other articles highlighting that this issue is pervasive — we’re now able to see the same effects in lower income families and other demographics, it’s not just a white, middle-class issue.

Now, I’m not going to argue against technology being a distraction: this argument has merit. However, I am curious to know why the framing of this issue constantly seems like an endless stream of condemnation for using social media to stay connected to our peers (and be social) while simultaneously forgetting that distractions, and procrastination in general, aren’t new phenomena.

If our method of procrastination isn’t texting our friends on our phones or scrolling through social media, it might be watching television. Not watching television? Maybe we suddenly have a very strong urge to clean our entire houses instead of doing our readings. Regardless of the activity, it’s pretty short-sighted to me that these critiques are going to correlate Millennials’ use of digital technologies as the main determinant of low test scores. If you’re going to discuss our poor grades, are you seriously not going to even include a more fulsome discussion on procrastination and distraction, or perhaps even suggest ways to improve study habits?

Plus, as a side note, shouldn’t we foster a positive environment that encourages us to build and maintain relationships, rather than blame us for taking advantage of technology that augments our experiences as the social creatures we are? As psychologists have noted, at this age, the relationships we make are critically important in developing our identities, amongst other things.

My question for preceding generations: haven’t your values and priorities evolved as you’ve aged? I imagine they have. Even for me, what I valued and prioritized in middle school isn’t necessarily the same to what I value now while in university. So why are all teens and young adults expected to have the same priorities and maturity as older adults?

Honestly, this is just the tip of the iceberg.

It’s far too often that millennials are described as lazy, entitled, and narcissistic. We’re just a bunch of whining kids who expect greatness but get too distracted by digital technologies and our friends to do anything. Baby Boomers and Generation X have been quick to characterize and vastly overgeneralize the entirety of Generation Y by a set of simple definitions that aren’t completely valid, using evidence from few individuals to speak on behalf of the entire generation. Before you begin to diagnose millions of people with serious personality disorders, because they can’t get off their phones for a minute to read a book, I strongly urge you to actually think about what you are saying. When you’re discussing such a large population of people, the only thing that remains constant for every single millennial is that we were born between the years 1980 and 1996. The only true explanation you can give, or definition you can stamp on millennials, is that we’re still fairly young.

It is time the narrative about Millennials changes. The countless studies and commentaries using few voices to speak for many, are not generalizable. The vilification of Millennials by prior generations, just because we’re young and have different priorities, perhaps exacerbated by the exponential advancements in technology, needs to stop.

Seriously, give us the benefit of a doubt. We’re not all heartless monsters. 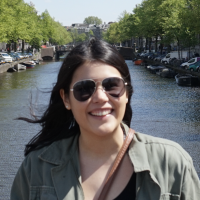