Since their mass adoption by the public, digital media and the Web 2.0 have been essential tools for activists, protests and uprisings. More and more people every day are joining discussions facilitated by social media concerning social issues and social movements.

Supporting this notion are the events surrounding rapid dissemination of the short Kony 2012 documentary. The film exposed to the wider public the issues concerning child soldiers in Uganda and it seemed it was these sorts of human rights abuses that touched a sensitive and sympathetic chord with many social media users. Warlord Joseph Kony quickly went from being unknown outside Africa to a household name and people voicing their demand for him to be arrested grew just as widespread. Online activism, the sharing of the video across social media causing it to go viral, was considered a significant factor that enabled this social movement to spread across the globe.

Online engagement is further examined in the New York Times exposé, “The Follower Factory” (Confessore, Dance, Harris & Hansen, 2018). Exposed is how the potential of social media for everything to reshaping political debates to gathering attention for not just social issues but even personal ones are so great that one can now purchase fake followers, views, likes, retweets, even plays on Soundcloud, all in bulk. One could imagine the different ways this service could be used, and the article presents one interesting example of how former American Idol contestant Clay Aiken paid the company providing said service, Devumi, to help spread his grievance against Volvo. Devumi Twitter bots retweeted his complaint 5,000 times in just one example of all the different ways people are attempting to mobilize online activism—in the broadest definitions of the term—to transcend national boundaries and reach audiences around the world.

Another perspective provided by Lim (2018), explores how digital and new media enable a spectrum of ways to participate in collectivized social activities, but how they do not create protests, social movements or collective actions, that the human conditions and relations that lead to these things need to be understood in tandem with the technology (31). In this way, the implications of digital media in political activism in certain territories of Middle East, North Africa and Asia largely depends on urbanization and the growth of the middle class. The high levels of social media use by the urban middle-class leads to political/human rights issues they care about, such as freedom of speech and corruption, being the focus of social media discussions. Therefore, protests and civic engagement that are able to gain national and international momentum via social media often exclude the concerns of those in rural areas and those who do not have Internet access. Lim also notes that during the Arab uprisings of 2010-2012, Tunisia and Egypt had very low social media penetration, especially in rural communities. Therefore, this demonstrates how in some cases, movements that were originally credited to social media for their mobilization were actually a result of intermodality between social media and traditional communication networks.

While credit is often given to social media and online activism for the ability to produce a vast impact on political participation and social movements, it can often fail to meet its end goals without enough physical support. The Kony 2012 film has garnered 102 million views and 1.3 million likes on YouTube, but this clicktivism does not seem to have helped the campaign reach its end goal of arresting and trying Joseph Kony for his crimes. Drumbl (2012) examines how it seems the movement’s supporters had short attention spans and thus the movement itself a short shelf life. While the film’s release coincided with the search volume index for “Kony” rising meteorically, it soon plummeted. Most people are probably unaware there was actually a follow up film, Kony 2012: Part II, as evident by it having 100 million less views than the first.

It has been six years since Kony 2012 and he is still at large, and it could be argued this is to some extent due to the movements failure to transmit the online clicktivism into a physical offline movement. Therefore, it is important in this digital age not to downplay the importance of actual physical human bodies as social and political mediums as well. The level of affect that the body as a medium can have on stimulating people’s political participation and civic engagement should not be underestimated in the social media era. 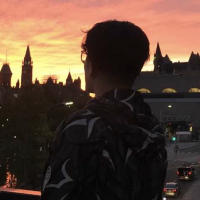