[Millennials’ Voices] Social Media, Activism, and a Generation of Narcissists

Advancements in technology have led to remarkable innovations in the ways we interact with information, commerce, and the people around us and around the world. However, a significant problem is that the online interactions we have concerning activism are often insincere and self-serving.

Clicktivism/slacktivism and social media activism often fail to mobilize for the right purpose. People often participate in online activism for the sake of following a trend and being a part of the popular movement at the time. Online activism is fad based, quickly coming and going, similar to the way people consume other online content. Social media is a hub for fast-paced content exchange, and people are quick to consume the most novel content, just as quickly discarding what is old and uninteresting.

Online narcissism and FOMO (fear of missing out) are frequently the main motivating factors for social media users to participate in online activism. Social media is an incredible tool, with the ability to reach and mobilize millions of people, but users are too often more focused on themselves. While digital media, and more specifically social media, has the potential to kick-start revolutions and to bring people with similar views or interests together, it is more often used for the superficial than political or prosocial.

I can attest, as a former avid user of social media myself, I, alongside many of my friends, participated in an online activism campaign for shallow purposes. There was no concern for the issues at hand, as it was just a low-effort opportunity to signal compassion and popularity.

Most will recall the ALS ice bucket challenge of 2014, a movement that went viral for its interactive and exciting method of spreading its message. Social media users (myself included) would pour a bucket of ice water on their head and nominate several of their friends to do the same.

The original intent of the campaign was to increase awareness of ALS (Amyotrophic Lateral Sclerosis) or Lou Gehrig’s disease, a disease that gradually paralyzes its victims as it kills off neurons that control voluntary muscle movement. The intent behind the ice bucket challenge was not to give people a reason to post content of themselves on their social media feeds (content sure to elicit interaction from their networks), but to allow people to temporarily experience what it’s like for a victim of ALS by shocking your body with cold water, to raise awareness, and to raise money for ALS research.

Social media users wanted to partake because it was funny, exciting and because it was trending. It was not so much genuine sympathy and concern that mobilized those who participated, but their interest in being included in a popular event. The most pertinent part of the movement was that members of the public gain awareness and hopefully raise money for the cause, however most people involved did not take the time to learn about the cause and certainly did not donate money.

What was really important to the participants was that they were popular enough to have been nominated for a video that they could then parlay that into further attention. Ultimately, the intended point of the movement was lost on so many social media users.

Social media is used to promote a culture of popularity. People use sites like Facebook, Instagram, and LinkedIn to carefully construct their online persona. Much of the activist initiatives that are supported by social media users directly relate to the way that they have curated their profiles and link to their cultural and social capital.

Social networks are a means to simply communicate and connect people, and messages disseminated through social media can be decoded and interpreted in subjective and self-serving ways that will not necessarily result in change or significant action. Social media are ultimately a poor conduit for political and prosocial change

We are in the midst of challenging times, dishonest or outright corrupt politics, war, violence and oppression—these things require a response in the form of social and civic activism and there are sincere people looking to social media to start a revolution. To better mobilize online activism, we must appeal to users’ online presence as well as their beliefs, gratifications, and desires.

The ALS ice bucket challenge went viral by appealing to a desire for inclusion and attention. In order to replicate this virality, we need to tap into and appeal to the narcissistic nature of social media users, find a way that spreading the word and taking action rewards this narcissistic nature. Social media is a valuable tool for social mobilization, but is also just that, a tool. Like any tool, it needs to be used properly – effectively and strategically – in order to produce affect that actually mobiles the public. 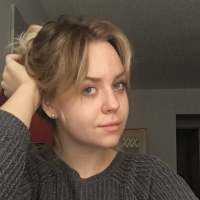