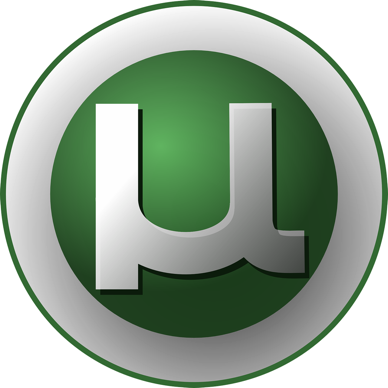 Am I a thief or in some way morally wrong for pirating a song or movie? Or is the company that is attempting to charge me 2$ for each song or 30$ for a movie the real thief?

I have torrented almost everything—movies, music, video games. You put a name on it and I have probably illegally downloaded it at one point or another. And despite all this, I in no way think I am in the wrong for doing this, nor do I think harshly of others who do it.

If you have ever watched a DVD, you have probably seen the “you wouldn’t steal a car” anti-piracy announcement that plays at the beginning of a movie, which is meant to connect online piracy to being just as bad as grand theft auto (Bershidsky, 2017; Harris, 2017). I won’t deny that online piracy is technically illegal, but at least when I buy a car it’s going to last me upwards of 10 years. I’m not going to watch the same movie for 10 years. I’m going to buy more and more throughout the year, and when each DVD costs at least 20$, then yeah, I might resort to stealing. There is no denying it, digital entertainment is expensive, and prices are still on the rise (Wesley, 2016). An alternative is needed.

Picture a young university student, who needs to pay for school, rent and the other costs of living. This type of person cannot afford to spend 2$ on every single song, or 80$ for a new game. Digital entertainment is such a big part of many people’s life’s in a first world society, and the reality is that a lot of people cannot afford to pay for the new songs that come out, or the new Blu-ray version of the movie they liked. These types of entertainment shouldn’t be free, but they should be affordable, and right now they are not, and that’s why so many people resort to pirating their music, movies and games.

We should probably move past this stigma that only “bad” people or “thieves” illegally download, because online piracy is much more common than you would think. There are about 150 million people torrenting on an average day, and almost 25% of international Internet traffic comes from illegal downloading or streaming (Helbig, 2014). Since 1999, when online downloading kicked off, music sales in the United States have dropped 47% (Helbig, 2014). Clearly, I am not the only one who finds digital entertainment prices to be too high and resorts to piracy as a result.

Now, let’s look at platforms like Netflix and Spotify. These applications and their subscription-based business models are what’s called piracy killers, with online piracy decreasing since their and similar platforms rise in popularity (Arditi, 2017; Bershidsky, 2017). It turns out that paying 10$ a month for a Netflix subscription is much more valuable than multiple 20$ purchases for the Blu-ray version of your movie or television show. Spotify’s model was meant to deter piracy, and it’s been working. What we should be taking from this is that online piracy is what gave us Netflix, Spotify, and others like them, and for that we should be grateful.

These subscription entertainment models are what we should be moving towards. They are affordable for the consumer, profitable for the operator, and are a means to reduced piracy rates. These are words coming from someone who used to live by online piracy. Because of these platforms, I no longer resort to piracy to get my digital entertainment because I have found the perfect middle ground. Netflix and Spotify may lack a lot of content, but they are a start in the right direction.

It is impossible to stop online piracy. The people who resort to piracy are not criminals, they simply want to experience what the digital entertainment industries have to offer and need an affordable way to do so. Subscription entertainment platforms are the key to helping the consumers and combatting piracy they don’t have everything, but they have enough. Consumers speak with their wallets and this can have noticeable effects. Online piracy and its effect on the entertainment industry is proof of that.

Wesley, D. (2016). How Much The Average American Spends on Entertainment. Creditloan.        Retrieved from https://www.creditloan.com/blog/average-american-spends-on-entertainment/