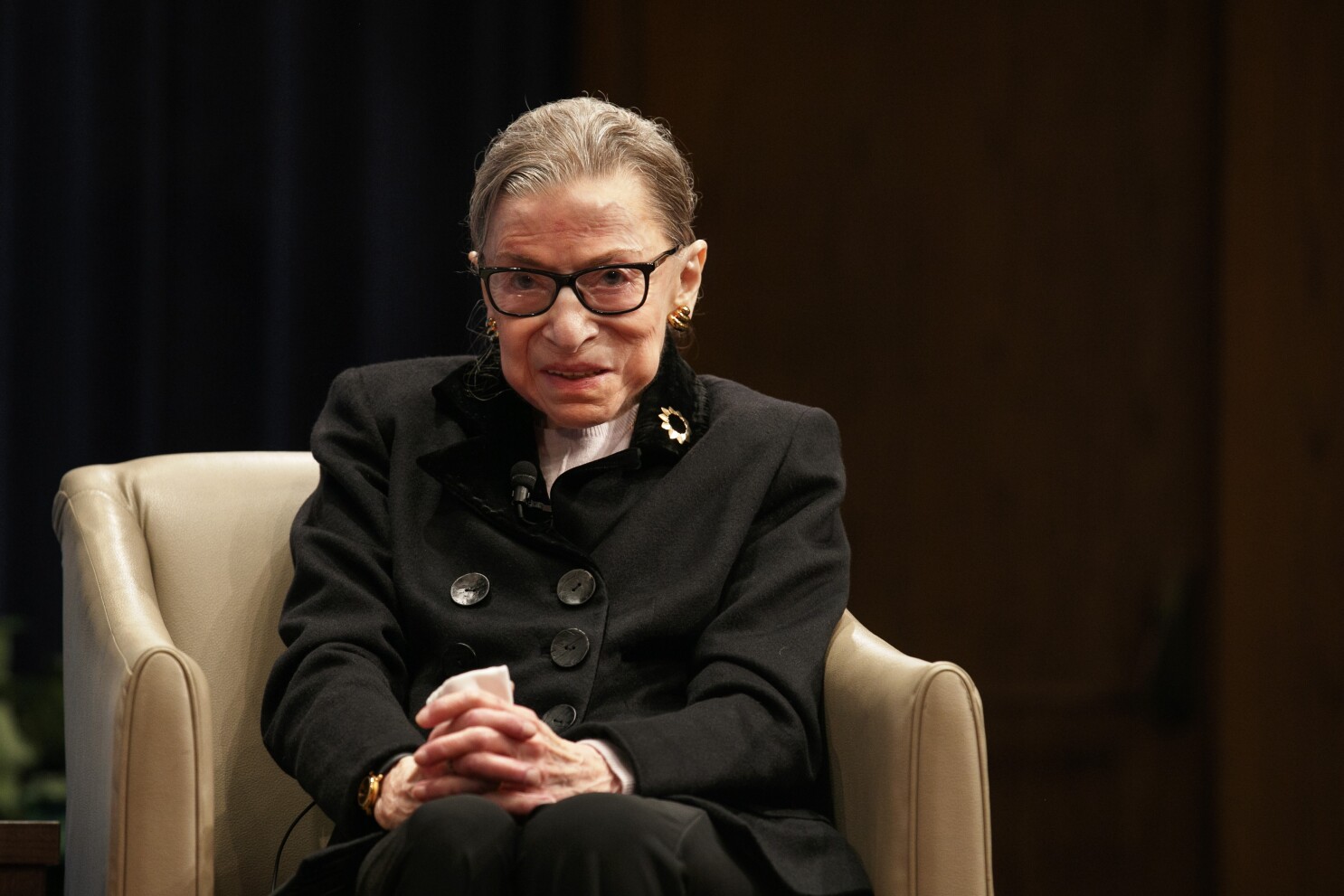 While most folks seem eager to sing praise about Ruth Bader Ginsburg, I think we need to temper our uncritical love and admiration with a few historical truths about our feminist icon. Have we already forgotten that she called Colin Kaepernick’s protest “dumb and disrespectful” or that she voted in favor of a tough-on-crime criminal sentencing decision or that just this year, she voted in favor of a 600-mile long pipeline that cuts right through the Appalachian Trail?

This is not to dismiss the triumphs of her career but to reflect and learn from her blind spots. Considering the laws and societal norms of her time, Ruth Bader Ginsburg was nothing short of a titan. But the times have changed – our world is currently on fire, both literally and figuratively, and the feminism of Ruth Bader Ginsburg’s time isn’t going to extinguish the flames.

In this new reality we must exchange our first-, second- and third-wave feminism for one that is intersectional – one that accounts for the interrelation of gender, sexual orientation, and race. It is integral that we seek to understand the ways in which different forms of inequality “operate together and exacerbate each other.”

The most prevalent of Ruth Bader Ginsburg’s blind spots was race-based discrimination. When asked about Colin Kaepernick in 2016, she called his protest against racial injustice and police brutality, “dumb and disrespectful”, stating that it was “a terrible thing to do”. She later acknowledged that her comments were “inappropriately dismissive and harsh”. However, rather than apologizing, she instead explained that she “should have declined to answer.” Her response embodies a Black Lives Matter slogan we know all too well – ‘white silence equals violence’.

In 2019, Ruth Bader Ginsburg voted in favor of Jason J Mont v The United States. This ruling stipulated that “a convicted criminal’s period of supervised release is tolled – in effect, paused – during [their] pretrial detention for a new criminal offense.” This means that when a defendant is facing new charges, they can be sentenced for violating their supervised release even if it was due to expire during their incarceration.

Black people are overrepresented in American prisons and are therefore disproportionately affected by this Supreme Court ruling. NAACP, an American civil rights organization, states that Black people are “incarcerated at more than five times the rate of whites.” With this knowledge, you can draw a direct line from Ruth Bader Ginsburg’s vote to racial injustice in America. Her vote, in effect, keeps more Black people in prison for longer periods of time.

Just this year, Ruth Bader Ginsburg voted in favor of the Atlantic Coast Pipeline – a 600-mile long gas pipeline that cuts right through the Appalachian Trail. She sided with utility giants Dominion and Duke Energy, striking down a lower appellate court ruling that called for the pipeline to be stopped.

Ryan Emanuel, a North Carolina State professor, explains that the proposed route of the pipeline disproportionately affects Indigenous communities, stating that 30,000 Indigenous peoples live within a 1.6 km radius. The Atlantic Coast Pipeline is not only an issue of environmental justice, but one of human rights. The pipeline could pose an immediate threat to the drinking water of nearby communities as well as cause damage to Indigenous ancestral burial grounds.

Ruth Bader Ginsberg’s story is a cautionary tale – that as generations grow old, so too do their understandings of justice. There is no denying that the precedent she set was invaluable – upon its foundation, lawyers and activists can continue to build and work towards an equitable future. With that said, I believe that it is time to look beyond her, to visionaries like Kimberlé Crenshaw – an American lawyer and civil rights advocate who coined the term intersectionality. It is high time we trade in our outdated feminism for one that is intersectional – adopting a more holistic understanding of justice.

Ruth Bader Ginsburg will live on in the collective memory of her loved ones and her nation forever. Let us learn not only from her triumphs but also from her blind spots, hopefully becoming more cognizant of our own.

Molly Dawe is a fourth-year student currently attending Carleton University for Communication and Media Studies, Indigenous Studies, and Women and Gender Studies. She is a settler on the unceded and unsurrendered territories of the Algonquin Nation. Her research focuses on media representations of Indigenous resistance movements on Turtle Island and the decolonization of communications research.