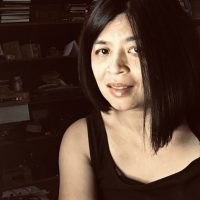 A Canada Research Chair in Digital Media and Global Network Society with the School of Journalism and Communication at Carleton University, and ALiGN Media Lab Director/Founder, Professor Merlyna Lim’s research interests revolve around the relationship between technology and society. Conceptually, she is particularly interested in teasing out the complex entanglement of space, time, and power.  “Throughout her research career, Lim has looked at digital media in a wide range of contexts, including its influence on democracy, identity and religion, and civic spaces.” An award winning author and scholar, including an awardee of the Best Publication Award 2012 in Information Systems, Professor Lim was also named “One of 100 Most Inspiring Indonesian Women” by the Kartini Foundation in 2011. On the 2020 International Women’s Day, she was named one of “Top 10 International Women Leaders and Researchers“. Previously she was a Visiting Research Professor with Princeton University’s Center of Information Technology Policy and a Distinguished Scholar of Technology and Public Engagement at Arizona State University. In 2016, she is named a member of the Royal Society of Canada‘s College of New Scholars, Artists and Scientists.

She has been awarded dozens of research grants/awards from various institutions such as Canada Research Chairs, Social Science and Humanities Research Council (Canada), Canada Foundation for Innovation, the Ontario Research Fund, the National Science Foundation (United States), the Ford Foundation, the Volkswagen Foundation, the East-West Center, the Open Society Foundations, and the Royal Netherlands Academy of Arts and Sciences (KNAW).

Over the course of her career, Merlyna Lim has delivered more than 200 talks and presentations and appeared in more than 100 media coverages, including The Guardian, Al Jazeera, and CBC News. Previously she was a Visiting Research Professor with Princeton University’s Center of Information Technology Policy, a Distinguished Professor of Technology and Public Engagement at Arizona State University, and a Networked Public Research Fellow at the Annenberg Center for Communication, University of Southern California.

Before being re-incarnated as a scholar, Merlyna Lim was a musician, a (band lead) singer, a choir conductor, and a struggling visual artist. In her previous life, she was also an award-winning designer and architect. Lim was awarded an Honorable Mention of Design Your World Contest by the AutoDesk International. Her office at Carleton features a full key electric piano and a 3/4 guitar (but she keeps her drum set, trumpet, other guitars, violins, sitar, banjo, ukulele, flute and harmonica at home). Currently, she is a singer, arranger, and co-producer of an a cappella group “The Edoens“. Recently, Lim revived her artistic activities; in 2017 she became the First place Winner of People’s Choice Award of the Jackson’s Art International Urban Sketching Competition. In 2020, she held a juried solo exhibition, “Hands: Medium & Massage“, in Ottawa, sponsored by the City of Ottawa Art Council.

Current: Canada Research Chair in Digital Media and Global Network Society with the School of Journalism and Communication Carleton University in Ottawa, ON Canada (2014-present).

– A Distinguished Scholar of Technology and Public Engagement and a professor at Arizona State University.

– Also a visiting scholar at the KITLV Leiden – the Netherlands, a postdoctoral research associate at the Annenberg Center for Communication of the University of Southern California, and a Henry Luce Southeast Asia fellow with the East-West Center in Washington DC.