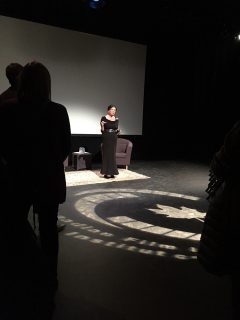 Last week we were fortunate to have Alanis Obomsawin share her reflections on her long career as a Indigenous (Abenaki) female filmmaker with the National Film Board of Canada. On Thursday evening Alanis was interviewed by Tom McSorley of the Canadian Film Institute (CFI). This was an intimate discussion about her journey as a young activist and educator who used song and storytelling to share an alternative narrative about Indigenous people. Eventually this lead to a position at the NFB where she went on to become one of the most important documentary filmmakers in Canada. Her career at the NFB has spanned almost 50 years and has included films like “Kanehsatake: 270 Years of Resistance” a documentary on Oka and Indigenous resistance.

On Friday afternoon Ojigkwanong, the Aboriginal Student Centre on the Carleton campus, hosted a “meet & greet” with Alanis for students. Alanis spent a couple hours graciously speaking with students and answering questions they had regarding her work as well as sharing their own projects and research. 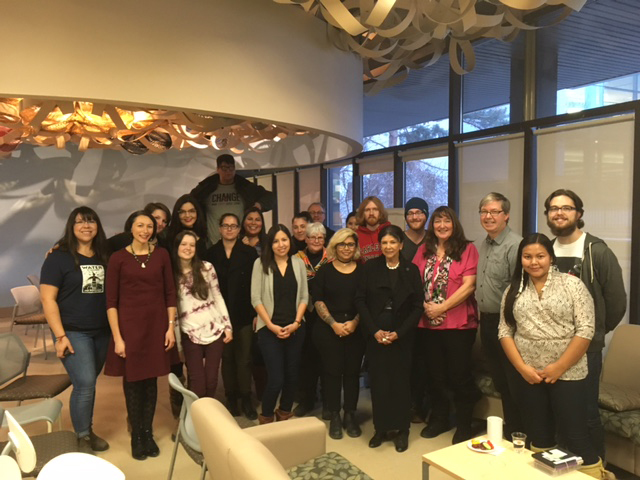 On Friday evening Alanis screened her newest documentary “We Can’t Make the Same Mistake Twice” which covers the First Nations Child and Family Caring Society of Canada and the Assembly of First Nations landmark suit filed against the Canadian Government in 2007 for a discrimination against children living on reserve. (more info here on the Tribunal)

What a gift to have such an incredible force for change honour Carleton as well as the larger community of Ottawa with her wisdom and presence.

Thanks to the Canadian Film Institute (CFI) for providing the opportunity with their CANADIAN MASTERS Series.