CIRCLE seeks to become a path-breaking Institute for research with Indigenous cultures and languages and a site for the consideration and promotion of ethical research methodologies.

Our long-term goals are for CIRCLE to be a collaborative research hub, a vital connection point for Indigenous and Indigenist faculty and students from different departments, and a source of mentorship for Indigenous methodologies.

We envision the Institute facilitating the implementation of many of the Calls to Action drafted by Carleton’s Strategic Indigenous Initiatives Committee for the Kinàmàgawin Report (2020). The revisioning of the Centre into an Indigenous Research Institute responds specifically to Call #31, which outlines the need to establish “an Institute for Indigenous Research with the intent of continuing, consolidating, and further promoting innovative and collaborative research pertaining to Indigenous peoples, communities and nations.”

We invite you to collaborate with us as we work to support and further the skills, priorities and needs of Carleton researchers working with Indigenous communities and Indigenous researchers at Carleton University. 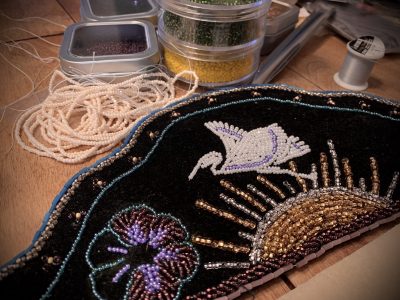 The Centre for Indigenous Research, Culture, Language and Ethics (CIRCLE) brings together researchers, students and Indigenous communities in a place of dialogue and understanding to foster ethical, balanced, and respectful relationships between researchers and communities.

Over the years, CIRCLE has organized and hosted many types of gatherings on campus. We are proud of each one and they inspire our current work as a research institute. Click on these links to learn more about our student conferences, film screenings and other events!

CIRCLE began at Carleton in 1993 as the Centre for Aboriginal Education, Research and Culture (CAERC), a centre created to serve First Peoples’ communities, students, youth and researchers.

In 2003, the academic research operations of CAERC amalgamated with Carleton’s Canadian Musical Heritage Society and other Organized Research Units on campus, including the Centre for Canadian Cultures and Heritages and the Centre for First Peoples’ Music and Research.  Together these groups formed the first CIRCLE: Carleton’s Centre for Indigenous Research, Culture, Language and Education (note that our current name focuses on Ethics rather than Education).

CIRCLE 1.0 pursued a number of projects, often building on the existing research accomplishments of its member organizations. During this time, CIRCLE worked in close collaboration with Indigenous communities and like-minded organizations such as BlackCherry Digital Media, Pinegrove Productions, Carleton’s Centre for Aboriginal Culture and Education (CACE) and others. {Like CIRCLE, CACE, which focused on Indigenous student recruitment, retention and support, also originated as part of CAERC; it is now the Centre for Indigenous Initiatives}.

Now, in 2020, CIRCLE 2.0 has been given a new mandate (as a result of the University’s Strategic Indigenous Initiatives Committee’s findings in 2018-20) as a research institute focussed on Indigenous cultures, languages, and ethical research practices.