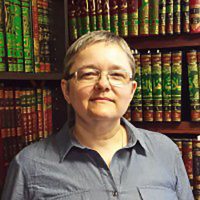 Aisha Geissinger completed a doctoral degree in Religious Studies from the University of Toronto in 2008, with the areas of concentration in classical Quranic exegesis (tafsir) and Muslim intellectual history. Having taught in the Religious Studies Department at Michigan State University from 2007-2009 as a lecturer/assistant professor, Geissinger joined the Religion Program at Carleton in 2009.

Aisha Geissinger, _Gender and Muslim Constructions of Exegetical Authority: A Rereading of the Classical Genre of Qur’an Commentary_ (Brill, 2015).   http://www.brill.com/products/book/gender-and-muslim-construction-exegetical-authority

“No, A Woman Did Not ‘Edit the Qur’an’: Towards a Methodologically Coherent Approach to a Tradition Portraying a Woman and Written Quranic Materials,” _Journal of the American Academy of Religion_ 85.2 (June 2017): 416-445.

“‘Are Men the Majority in Paradise, or Women?’: Constructing Gender and Communal Boundaries in Muslim b. al-Hajjaj’s (d. 261/875) Kitab al-Janna,” in _Roads to Paradise: Eschatology and Concepts of the Hereafter in Islam_, eds. Sebastian Guenther and Todd Lawson (Brill, 2016), I: 309-340.