Public policy decisions affect the lives of all Canadians. Increasing the knowledge of parliamentarians, and specifically the Members of Parliament elected in 2021, helps to strengthen democracy in Canada. 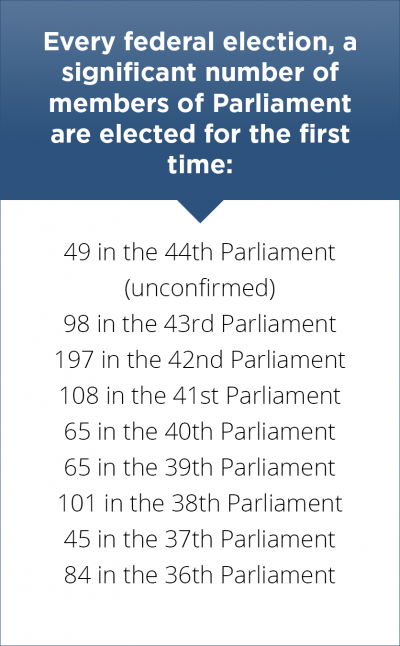 Each political party provides its candidates with its policy platform and messaging on campaign and communication issues. Nonetheless, newly elected members of Parliament face a significant learning curve following their election. They receive administrative and procedural orientation from Parliament. However, following the 2006 and 2008 general elections, there was no formal policy orientation offered to newly elected members of Parliament.

An exit survey of 65 former Canadian parliamentarians conducted by Samara, a charitable organization that studies citizen engagement with Canadian democracy (samaracanada.com), with the assistance of the Canadian Association of Former Parliamentarians, found that the former parliamentarians came from a wide variety of backgrounds with little experience in elected office or in the context of national political life. “Few recalled receiving organized support or formal training,” according to Samara’s Welcome to Parliament: A Job With No Description (p.8) The report disclosed that many MPs went out of their way to describe their lack of preparation and concluded that “it was surprising to learn that newly elected parliamentarians had so little support during their initiation into national public life, including insufficient training or formal orientation.” (p.12)

“Canada is a more complex country than we seem—vast, federal, multicultural, constantly changing, yet prone to think and act in silos—and there is now no formal mechanism to help legislators or diplomats see our country whole. This initiative by Carleton will help fill that gap. It would have been helpful to me, when I was first elected to Parliament, not least because it aims to be non-partisan immersion, an objective introduction to some of the forces and fissures which shape the country.”
– The Right Honourable Joe Clark, former prime minister of Canada