CISCO Chair in the Internet of Things 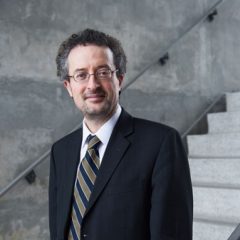 Dr. Ibnkahla was born in Sousse, a famous coastal city in Tunisia, founded by Phoenician mariners in the 9th century BC (one century before the foundation of Carthage).

He obtained the Ph.D. degree and the Habilitation a Diriger des Recherches degree (HDR) from the National Polytechnic Institute of Toulouse (INP), Toulouse, France, in 1996 and 1998, respectively. He obtained an Engineering degree in Electronics (1992) and a Diplome d’Etudes Approfondies degree (equivalent to MSc) in Signal and Image Processing (1992) all from INP. He did part of his undergraduate studies (classes preparatoires) at Lycee Hoche, Versailles, France (1986-1989).

Since 1993 he gave more than 50 keynote talks, invited seminars and tutorials in various conferences and universities. He supervised 10 post-doctoral fellows and more than 15 PhD and 25 MSc students. He was the General Chair or Technical Chair of a number of international conferences including the Biennial Symposium on Communications (General Chair in 2010 and 2012).

Dr. Ibnkahla received the INP Leopold Escande Medal for the year 1997, France, for his research contributions to signal processing; the prestigious Prime Minister’s Research Excellence Award (PREA), Ontario, Canada in 2000, for his contributions in wireless mobile communications; and the Favorite Professor Award, Queen’s University, in 2004 for his excellence in teaching.

Dr. Ibnkahla is a Registered Professional Engineer (PEng) of the Province of Ontario, Canada.