Head of Government and Regulatory Affairs at IBM Canada 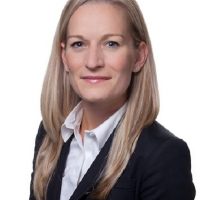 Head of Government and Regulatory Affairs at IBM Canada

Alayne Crawford is an Ottawa-based public relations professional with a background in political science. A graduate of Carleton University, Alayne spent 4 years working for the previous federal government in various capacities in both the Prime Minister’s Office and ESDC. She also worked in media relations during the 2008 federal election.

Following her tenure in federal politics, Alayne made the transition to the world of public affairs, working for Canada’s largest membership-based organization, the Canadian Automobile Association (CAA), where she executed national campaigns and hosted international conference on issues such as distracted driving and the bike-car relationship.

In 2016, Alayne graduated with her Executive MBA from Queen’s University. In the same year, she also was awarded PR in Canada’s Top 30 under 30 award for Government Relations. Currently, she serves on the executive of the Government Relations Institute of Canada (GRIC), is the co-chair of the Politics and the Pen Gala (benefitting the Writer’s Trust), and is a founding board member of the Canadian Advocacy Network (CAN).