Director of Advocacy and Digital Engagement at Impact Public Affairs 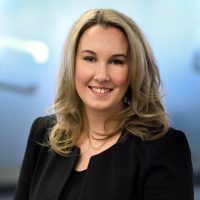 Director of Advocacy and Digital Engagement at Impact Public Affairs

Alla Drigola has been appointed Director of Advocacy and Digital Engagement at Impact Public Affairs, where she will be working with clients to advance their issues with Canada’s decision makers on Parliament Hill and in the digital space.

Drigola credits much of her success to the MPM program. “The program helped me build a strong foundation in the intricacies of Parliament Hill and the nuances in executing successful public affairs work,” she said. “The wealth of information and experience that instructors and fellow students bring to the program meant I was able to hit the ground running upon graduation – and the program’s alumni are an invaluable resource to all past, present and future students.”