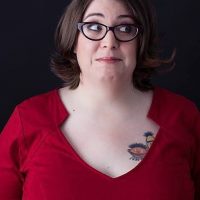 Amy Scanlon Boughner is a public affairs professional with a background in journalism and communications. She earned her BA (Hons) and MPM at Carleton University. After graduating with her BA, Amy worked on the Hill for several years in the NDP Leader’s Office and the Office of the Leader of the Opposition as a Media Monitor and Analyst. She is now working as the national representative of media relations with the Canadian Labour Congress.

“Before doing my MPM I worked on the Hill for several years, but I wanted to move out of communications into more public policy work. The program gave me a good grounding in government relations and public policy and the connections I needed to start the next stage of my career – as well as introducing me to my new boss, also a grad.” – Amy Scanlon Boughner