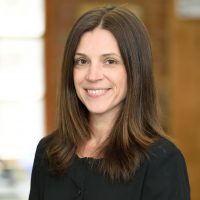 Christine is a partner at Crestview Strategy, bringing 20 years of experience in government and public affairs. She appears as a political commentator on television and radio. Christine has spent more than a decade advising corporations and trade associations on government relations, stakeholder engagement and issues management.

Prior to joining a public affairs firm in 2007, Christine spent 11 years at Queens’ Park. After playing a key role in Premier McGuinty’s successful campaign in 2003, Christine was a member of his senior staff team for his first mandate. In the successful 2007 election Christine served as co-director of the Ontario Liberal war room.

Christine chaired the Liberal Campaign Communications Committee, working on messaging, media relations, advertising and acting as the party’s official spokesperson for the 2011 campaign. Christine served on the Ontario Liberal Party Executive for 5 years as Vice-President-Communications. In 2013 she served as the Secretary General for the Ontario Liberal Party Leadership Convention, overseeing the execution of a series of debates, a successful campaign period and convention where Premier Kathleen Wynne was elected.