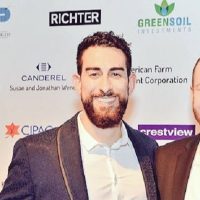 Alumnus Emile Scheffel, MPM/13, has been appointed executive director of the BC Liberal Party. After completing his Master of Political Management at Carleton, Scheffel returned home to British Columbia, where he has served in a variety of positions: economic development officer for the village of Burns Lake, communications coordinator for the office of Premier Christy Clark, senior political aide to the minister of health, and regional lead of community affairs for CN Rail. In his new role, Scheffel will lead the party office as it supports the selection of a new leader.