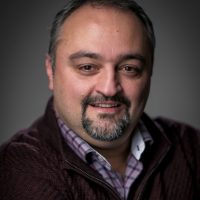 For 25-years, Greg served as political aide to public officials including the House of Commons Agriculture Committee Chair, a former Minister of Citizenship and Immigration, and a former Ontario Minister of Agriculture.

Greg has participated in several international exchanges including delegations to China, Hong Kong, Taiwan and South Korea. In 2016, Greg was appointed as Scouts Canada’s International Commissioner. During that time, Greg was awarded the International Friendship Award from the Korean Scout Association. Greg is also the recipient of the Cyril K. Gingrich Memorial Award and the YW Centennial Citation.

Greg holds a Professional Certificate in Conflict Management (Sprott School of Business), a Bachelor of Arts in Media and Communications (UCW), and a Master of Political Management Degree (Carleton University).

Greg enjoys spending time with his wife and their two children at home near London, Ontario, where he coordinates his activities and professional outreach as the Legislative Liaison for the Great Lakes Fishery Commission (an international, treaty-based organization dedicated to the binational protection and promotion of the health and sustainability of the Great Lakes and the Great Lakes Basin).