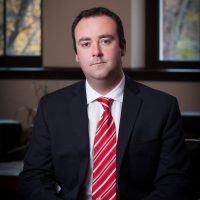 Jaime MacPhail was born and raised on Prince Edward Island. He has a passion for politics and communications and has been very involved in the community through various volunteer boards and committees. He graduated from the University of Ottawa in 2011 with a Major in Political Science and Public Administration and followed this up with a Masters in Political Management from Carleton in 2013.

He has worked as the Special Assistant to Malpeque M.P. Wayne Easter (while attending University) as well as the Special Assistant to Robert Ghiz, the Premier of Prince Edward Island, from 2008 to 2012. MacPhail then moved into a position as a Senior Policy Advisor, Intergovernmental Affairs, from 2013-2014 which he followed up with work as the Executive Director of the Prince Edward Island Liberal Party from 2015-2017. MacPhail currently works as the Marketing Manager for Amalgamated Dairies Limited (ADL).

“The MPM program expanded my horizons and perspective on public affairs and understanding of being an effective political staffer. The MPM program convinced me that the best results come from collaboration and a willingness to accept the opinion and viewpoints of others. Through my work as a political staffer and now in the private sector I find myself applying the skills that I obtained through the MPM program. The greatest asset of the MPM program is that it is grounded in reality; from professors to course content the program is practical and real.” – Jamie MacPhail