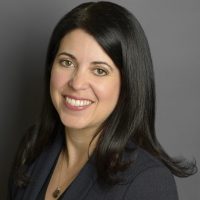 Jennifer Ditchburn is the editor-in-chief of Policy Options, the award-winning online magazine of the Institute for Research on Public Policy (IRPP). A longtime journalist, she spent more than two decades covering national and parliamentary affairs for The Canadian Press and for CBC Television. She is a three-time winner of a National Newspaper Award, and the recipient of the prestigious Charles Lynch Award for outstanding coverage of national issues.

Jennifer is a frequent contributor to television and radio public affairs programs, including CBC’s Power and Politics and the At Issue panel on The National. She holds a bachelor of arts from Concordia University, and a master of journalism from Carleton University, and has been inducted into the Hall of Distinction at CEGEP John Abbott College. She is the co-editor with Graham Fox of the 2016 book The Harper Factor: Assessing a Prime Minister’s Policy Legacy (McGill-Queen’s University Press). Jennifer’s research on the history of the Canadian Parliamentary Press Gallery appeared in the 2016 book Sharp Wits & Busy Pens (Hill-Times Publishing).