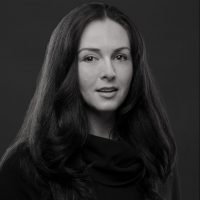 Prior to joining Carleton, Jennifer Robson was director of policy for the non-profit SEDI (now Prosper Canada) and worked in the federal public service. Between 1994 and 2000, she worked in several political (exempt staff) roles. Her primary areas of research are at the intersection of household finances, particularly for lower and modest-income people, and the design and implementation of public programs including tax policy, financial capability and financial services, income security and household liquid savings.

Robson, J. (2020). “EI Failed So We Made CERB: Now what should we learn?” Rebuild Canada, Public Policy Forum.

Robson, J. (2020).“Radical Incrementalism and Trust in the Citizen: Income Security in Canada in the Time of COVID-19” Canadian Public Policy 46(S1).

Giordono, L., D. Rothwell & J. Robson (2020). “Public income transfers and wealth accumulation at the bottom: Within and between country differences in Canada and the United States” Social Policy and Administration 54(6).

Robson, J. and P. Wilson. (2018). “Chapter 5: Public servants and political staff in the digital age: Still getting along”, in A. Marland, T. Giassson and A. Lawlor eds., Political Elites in Canada: Power and Influence in Instantaneous Times, University of British Columbia Press.

Robson. J. (2012). “Poverty, vulnerability and exclusion in Canada: An environmental scan”, Social and Enterprise Development Innovations and the Canadian Centre for Financial Literacy.

Papers that are taking a little rest

While it is common in most academic disciplines to refuse any partisan affiliation, in Political Management, this is more of an occupational requirement than hazard. That said, I am happy to share and discuss my research with anyone interested. In the 20 years since I left my last paid work as a political staffer, I have worked as a non-partisan public servant and as a senior staff member in two non-partisan charitable organizations. Since joining Carleton, I have provided (on a voluntary basis) occasional technical advice to the Liberal Party of Canada, spoken at a community event organized by the New Democratic Party of Canada, and I have reviewed and commented on policy documents shared by both Progressive Conservative and provincial NDP officials. I have provided occasional technical advice to the Government of Canada on a voluntary basis and have been called to testify to Parliamentary standing committees in both the Senate and House of Commons. I have not received any compensation for my participation in any federal advisory committee, but have previously received an honorarium for providing peer review services to the Department of Finance and ESDC. In 2018, I completed a contract for advice to the Privy Council Office on metrics in results and delivery priorities. My paper (listed above) on the CLB was completed as a research contract for ESDC. Research reports listed above as published by CPA Canada were written under a research contract. I am currently part of two research projects funded by the Social Sciences and Humanities Research Council, and recently completed two research projects funded by the Think Forward Initiative and ESDC respectively.