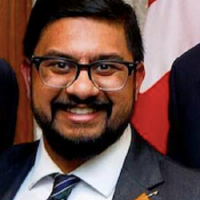 Since April 2018, Jon has worked as Legislative Assistant and Policy Advisor to Bill Casey, Liberal MP for Cumberland-Colchester (NS), and Chair of the House of Commons Health Committee. He has prior experience working in the offices of Liberal MPs.

Prior to entering the MPM program, Jon attended Queen’s University, where he obtained a BAH in Political Studies. At Queen’s, he was heavily involved in student government, holding positions ranging from Co-Chair of the Political Studies Student Council to Commissioner of Internal Affairs in our undergraduate student government. He was also a delegate at Queen’s Model Parliament for five years, two of which were spent as party leader.

“I was first told about the MPM program from a friend who was in a previous cohort. After doing research and taking their advice, I applied to this program – it was a decision I do not regret in the slightest. This is a unique program that immerses you in all aspects of the Ottawa Bubble, from learning best practices in advocacy to the minutiae of staffing an MP or Minister. Being in a small classroom setting with like-minded cross-partisan colleagues truly strengthened the in-class experience, and the quality of instructors and guest speakers took the program to another level. I would strongly recommend this program to anyone interested in politics, government relations, advocacy, or elections.” – Jon Wiseman