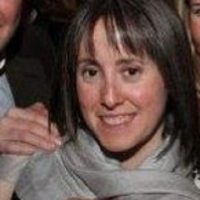 Marci Surkes serves as Director of Policy for Prime Minister Justin Trudeau. Previously, she was Chief of Staff to‎ the Hon. Ralph Goodale, Minister of Public Safety and Emergency Preparedness for Canada.

From 2007 until the 2015 general election, Ms. Surkes held numerous positions serving the Liberal Caucus in the House of Commons including: Senior Manager for Policy and Research in the office of the Rt. Hon. Justin Trudeau, Director of Policy and Strategic Communications to the Hon. Bob Rae, and Manager of the Liberal Caucus Research Bureau.

She also served as a policy advisor on justice, public safety, and gender equity issues to the Hon. Michael Ignatieff and the Hon. Ujjal Dosanjh.

Prior to beginning her career on Parliament Hill, Ms. Surkes worked as a journalist for the Ottawa Citizen and CBC News.

A native of Montreal, Ms. Surkes obtained her BCL and LLB from the Faculty of Law at McGill University. She also holds a BA (Hons) in Politics and Journalism from Brandeis University in Massachusetts.

Ms. Surkes and her partner live in Ottawa with their 2 young children.