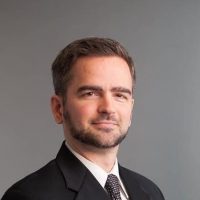 Mark Johnson co-manages the media relations team at Health Canada and the Public Health Agency of Canada, where he manages media requests, organizes new conferences, and participates in media briefings with Dr. Tam.

Previously, Mark led the issues management and media analysis team at Environment and Climate Change Canada for several years. Mark also did a six-month assignment as a strategic communications advisor on international affairs at ECCC. His most notable achievement was leading the communications work to support the 25th Conference of the Parties (CoP25) to the UN Framework Convention on Climate Change (UNFCCC).

During his university studies, he volunteered on numerous election campaigns and he eventually joined the federal public service in 2007. He enjoys volunteering, travelling and reading.

“Learning more about how the political staff think and the environment in which they operate was highly beneficial to me professionally. After I completed MPM, my senior management, knowing the value of the MPM program, recommended that I apply my skills through a move into a senior issues management role, working on a daily basis with our Minister’s Office. The knowledge and experiences I took away from MPM are invaluable and I cannot recommend this program enough.” – Mark Johnson