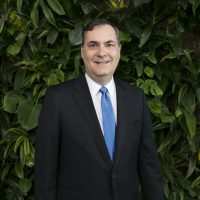 Stephen Azzi is one of the original core faculty members of the Clayton H. Riddell Graduate Program in Political Management. Previously, he worked as aide to four members of Parliament. In the Department of National Defence, he served as speechwriter for the minister, as policy analyst on Canada’s international policy review, and as intelligence officer responsible for analyzing Islamist terrorism in Asia. From 2005 to 2011, he was associate professor at Laurentian University, where he taught US history and foreign policy. At Carleton, he has taught in the Political Management program, the Norman Paterson School of International Affairs, the School of Canadian Studies, the Department of History, the Department of Political Science, and the School of Journalism and Communication.

“The Nationalists of 1968 and the Search for Canadian Independence.” Chapter 4 in 1968 in Canada: A Year and Its Legacies, edited by Michael K. Hawes, Andrew C. Holman, and Christopher Kirkey. Ottawa: Canadian Museum of History and University of Ottawa Press, 2021. Pp. 71–94.

“Ranking Prime Ministers: Canada in a Commonwealth Context.” Journal of Imperial and Commonwealth History 49, no. 1 (February 2021): 22–43. (with Norman Hillmer)

“The Predominant Prime Minister: St-Laurent and His Cabinet.” Chapter 3 in The Unexpected Louis St-Laurent: Politics and Policies for a Modern Canada, edited by Patrice Dutil. Vancouver: UBC Press, 2020. Pp. 72–88.

“The Problem Child: Diefenbaker and Canada in the Language of the Kennedy Administration.” Chapter 5 in Reassessing the Rogue Tory: Canadian Foreign Relations in the Diefenbaker Era, edited by Janice Cavell and Ryan M. Touhey. Vancouver: UBC Press, 2018. Pp. 103–120.

“Lester Pearson and the Substance of the Sixties.” Chapter 5 in Mike’s World: Lester B. Pearson and Canadian External Affairs, edited by Asa McKercher and Galen Perras. Vancouver: UBC Press, 2017. Pp. 107-129.

“Evaluating Prime Ministerial Leadership in Canada: The Results of an Expert Survey.” Canadian Political Science Review 7, no. 1 (2013): 13-23. (with Norman Hillmer)