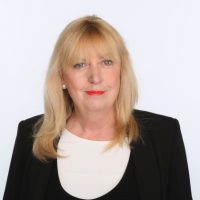 Susan Delacourt is a national columnist and Ottawa bureau chief with the Toronto Star and a regular political panelist on CTV, CPAC and CBC Radio. She is the author of four books on Canadian politics and has taught political journalism and strategic communications at Carleton University.

Since arriving on Parliament Hill to report for The Globe and Mail in the late 1980s, Delacourt has covered many major political events – Canada’s constitutional battles, the ups and downs of the federal Liberal party, the rise of the Reform Party, and the merger of a united right under Stephen Harper. Her writing has appeared regularly in the Ottawa Citizen and the National Post over the past few decades, as well as in the Globe and Mail and the Toronto Star.

Delacourt writes often on political culture. Her most recent book, Shopping For Votes: How Politicians Choose Us and We Choose Them, exposes the influence of marketing and consumerism on Canadian politics over the past half century. In 2014, Shopping For Votes was a finalist for both the prestigious Writers’ Trust/ Hilary Weston prize in Canadian non-fiction and for the Dafoe prize in Canadian history. Delacourt’s other books include United We Fall (1993), the story of the failed Charlottetown constitutional accord; Shaughnessy (2000), biography of the late MP Shaughnessy Cohen; and Juggernaut (2003), the story of Paul Martin’s ascent to the Liberal leadership.

Delacourt has been awarded with the Public Policy Forum’s Hy Solomon award for excellence in public policy journalism and the Charles Lynch prize for career-long reporting on Parliament Hill. She has been a finalist for Canadian Newspaper and Canadian Magazine awards.

Delacourt holds a bachelor’s degree in political science from Western University and is a member of the Canadian Political Science Association. She was a Canadian Journalism Fellow at the University of Toronto’s Massey College in 2008-09 and is completing a master’s degree in Canadian Studies at Carleton University.