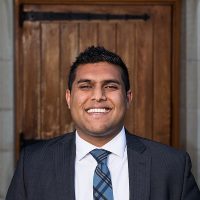 Alumnus Vivek Prabhu has joined Hill + Knowlton Strategies as an account director in the Toronto office, where he will deal primarily with Queen’s Park. After graduating from the Political Management program in 2014, Prabhu worked in the office of Prime Minister Stephen Harper, first as a communications assistant and then as special assistant for issues management. After two years in the Prime Minister’s Office, Prabhu moved to British Columbia, where he eventually oversaw digital communications for the BC Liberals in the Legislature under former Premier Christy Clark.

Prabhu speaks fondly of his time in the Political Management program: “I got to learn from the titans of each party and make relationships with classmates. We formed personal bonds that came before party labels.” – Vivek Prabhu